Panipat Trailer: Arjun Kapoor Vs Sanjay Dutt Gets As Grand And Fierce As It Can 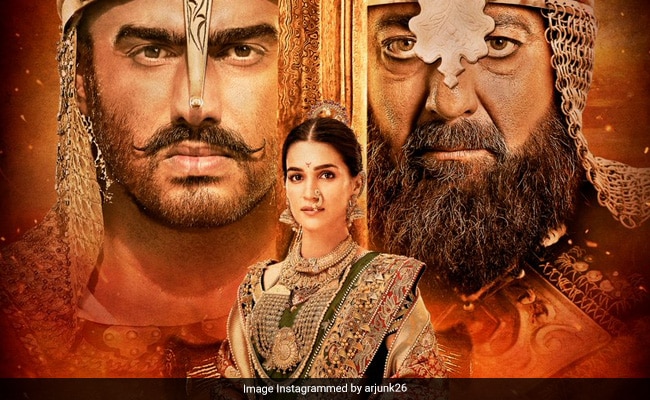 Filmmaker Ashutosh Gowariker revisits a grand chapter in Maratha history along with actors Arjun Kapoor, Kriti Sanon and Sanjay Dutt in upcoming film Panipat, the trailer of which dropped on the Internet on Tuesday. The film is a retelling of the Third Battle of Panipat fought between the joint Maratha armies lead by sardar senapati Sadashiv Rao Bhau and the invading Afghan forces under the leadership of Ahmad Shah Abdali. Arjun Kapoor plays Sadashiv Rao Bhau, who led the outnumbered Marathas in the battlefield against Ahmad Shah Abdali's mammoth army in the 18th century battle, which is said to be one of the most eventful fights recorded in history.

In the trailer, Sadashiv Rao Bhau, who has proved his mettle in the battlefield, is declared his cousin Peshwa Nana Saheb's favourite, which is not acceptable to some other family members and generals. Nonetheless, Sadashiv Rao Bhau is chosen as the leader of the Maratha army when the news of Ahmad Shah Abdali's invasion rocks the Maratha Empire. Ahmad Shah Abdali is described as a vicious warrior whose name is synonymous with destruction - "In his last invasion, the Yamuna river flowed red for seven days," a voiceover announces as Sanjay Dutt as Ahmad Shah Abdali massacres soldiers. Actress Kriti Sanon plays Sadashiv Rao Bhau's second wife Parvati Bai, who accompanies him to the battlefield and plays a crucial role in assisting in the administration of the Maratha camp.

The trailer of Panipat is grand and nothing less is expected from Ashutosh Gowariker, who has made period films like Lagaan and Jodhaa Akbar before. Panipat makes a case for the bravery of Maratha warriors, who united in the troubled times and also fought valiantly knowing they were outnumbered.

Watch the trailer of Panipat: