Sanjay Dutt 'Can't Dance Around Trees,' Lists Roles He'd Like To Do

Sanjay Dutt said, "I would like to do some great characters like how Mel Gibson and Denzel Washington do." 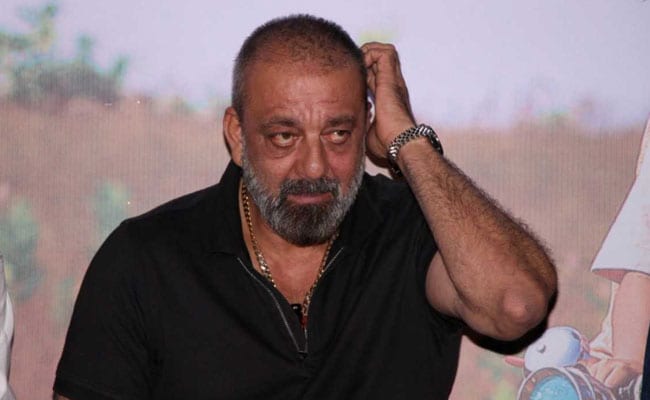 Sanjay Dutt at a promotional event for Marathi film Baba.

His days of dancing around trees maybe over but Sanjay Dutt has set his sight on portraying meaningful characters, similar to the ones played by Hollywood veterans Mel Gibson and Denzel Washington. The actor, who has turned a producer with wife Maanyata on Marathi film Baba, says he has had a great career and would continue to add great roles to his varied filmography. "You are right... I can't dance around trees and with girls. I would like to do some great characters like how Mel Gibson and Denzel Washington do. I would like to do that kind of characters. It has been a long journey from Rocky till now and I learnt a lot as I have worked with lot of big people," Sanjay Dutt said when asked what kind of role he wanted to play at his age.

The 59-year-old actor joked that his white beard is "because I use cologne after shaving." Sanjay Dutt, who was last seen in Kalank, has interesting line-up in Sadak 2, Panipat, Bhuj: The Pride of India, Shamshera and Prasthanam remake.

When asked about the third installment of Munna Bhai, Dutt said, "I pray to God that it happens soon. This question should be asked to Raju (Rajkumar) Hirani. Like you even I am waiting for it to happen."

Baba, Sanjay Dutt said, is a story of a father and son and their journey through life. "I believe I am a Maharashtrian because I was born in Maharashtra. I like the content being produced by Marathi cinema and I was planning to produce a Marathi film," he said.

"The credit for this film goes to the team of Baba. I liked the subject and felt I should make it. The main pillar of strength in my life and in the film is also same (referring to his father Sunil Dutt). A father is a very important person in a kid's life. I am happy we are associated with a good film," he added.

Sanjay Dutt, who is not averse to acting in a Marathi film in the future, said he would want to back both content-driven and entertaining cinema as a producer. "We want to do all kinds of cinema. We are not restricting ourselves to only content-driven films, we understand content is very important but entertainment is also important," he said.

Maanayata said she enjoyed the experience of producing a film for the first time. "I am happy we made a Marathi film as regional cinema plays a crucial role in making content driven films. They show simplicity in a very nice way onscreen. I am glad I am associated with this project," she said.

"This is my new journey, I feel this is my rebirth (as an actor). I have been working in Bollywood for the last 12 years but I never got an opportunity to portray such a strong character. This film will remain close to my heart," Deepika Dobriyal, who plays the title role in the film, said.

Co-produced under the banner Sanjay S Dutt Productions with Ashok Subhedar and Aarti Subhedar of Blue Mustang Creations, the film is slated to release on August 2.