"How good are you in this," wrote Anushka Sharma 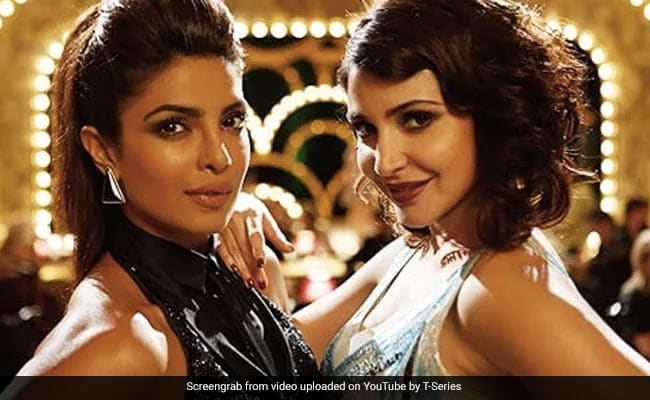 Priyanka and Anushka in a still from the song. (courtesy youtube) 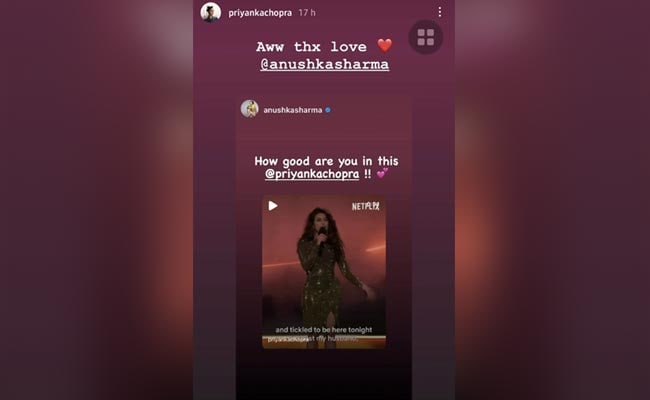 About Priyanka Chopra's roast, here's an excerpt, "I'm from India, a country rich in culture, in music, in entertainment, so clearly the Jonas Brothers didn't make it over there," she said. In another segment she added, "Nick and I have a 10-year age gap and there are many 90s pop culture references he doesn't understand and I have to explain them to him. Which is fine because we teach each other. We teach each other things. He showed me how to use TikTok, for example, and I showed him what a successful acting career looks like."

Just another day of being Priyanka Chopra.  In the actress' words: "Have you noticed how much content the Jonas Brothers post online? They are forever on Instagram, always on the phone - it's cute. I'll tell you why - all of them combined have less followers than me. So I guess the most popular Jonas is - @Priyanka Chopra on Instagram."

Priyanka Chopra will next be seen in Citadel, which is a multi-series with productions from India, Italy and Mexico and it also stars Richard Madden and it will be directed by the Russo Brothers. Citadel is Priyanka Chopra's second project with Amazon Prime Video after announcing the Sangeet Project, a sangeet-themed dance reality show, which she will host with husband Nick Jonas. Priyanka Chopra was last seen in Netflix's The White Tiger, based on Aravind Adiga's Booker Prize winning novel. She will also be seen in Matrix 4.