Thanksgiving 2021: Priyanka Chopra And Nick Jonas Are "Grateful" For Each Other. What's In A Surname? 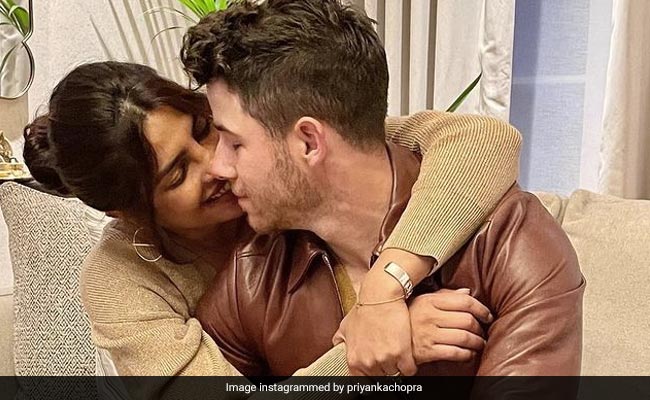 Priyanka Chopra and Nick Jonas surely know how to shut rumours and so they did in style. After the actress dropped her surname Chopra and her husband Nick Jonas' surname Jonas from her social media handle, speculations about the couple's split started surfacing on social media. The star couple shut all the reports on Thanksgiving by posting mushy pictures. "So much to be grateful for. Friends, family.. I love you Nick Jonas. Happy Thanksgiving to everyone celebrating," wrote Priyanka Chopra. Nick too posted the same picture on Instagram and he wrote: "Happy Thanksgiving everyone! Grateful for you."

Priyanka Chopra's next project Citadel, it is a multi-series with productions from India, Italy and Mexico and it also stars Richard Madden and it will be directed by the Russo Brothers. Citadel is Priyanka Chopra's second project with Amazon Prime Video after announcing the Sangeet Project, a sangeet-themed dance reality show, which she will host with Nick Jonas. Priyanka Chopra was last seen in Netflix's The White Tiger, based on Aravind Adiga's Booker Prize winning novel. She will also be seen in Matrix 4.