Priyanka Chopra delivered one mic drop moment after another 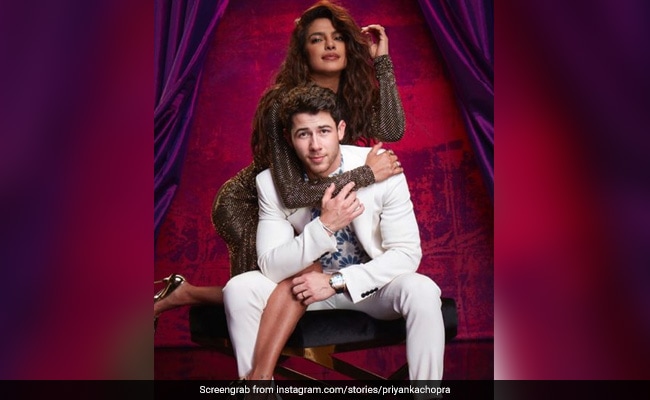 The real superstar in the Jonas Brothers Family Roast  room was Priyanka Chopra - agreed? Priyanka was the first of the 'Jonas sisters' (that's how she, Sophie Turner and Danielle Jonas - married to Nick, Joe and Kevin respectively - refer to themselves) to have the floor - it was a family roast after all. And boy, did she let fly - from the age difference between her and Nick to the fact she's more famous than all three brothers put together, no subject was off-limits. Priyanka began with deceptive mildness: "I'm here to roast my husband Nick and his brothers... whose names I can never remember " and immediately escalated to "I'm from India, a country rich in culture, in music, in entertainment, so clearly the Jonas Brothers didn't make it over there." From this point on, the burns were for Nick and only for Nick.

For those of you haven't watched the Netflix special and don't plan to, here is Priyanka Chopra's takedown of Nick Jonas in five points:

"Nick and I have a 10-year age gap and there are many 90s pop culture references he doesn't understand and I have to explain them to him. Which is fine because we teach each other. We teach each other things. He showed me how to use TikTok, for example, and I showed him what a successful acting career looks like."

MIC DROP. BECAUSE BOLLYWOOD (AND THEN THE WORLD)

"Have you noticed how much content the Jonas Brothers post online? They are forever on Instagram, always on the phone - it's cute. I'll tell you why - all of them combined have less followers than me. So I guess the most popular Jonas is - @Priyanka Chopra on Instagram."

A THOR-N IN NICK'S SIDE

"We're both totally, completely, wholly obsessed with Nick Jonas. We love Nick Jonas, both of us. He's our favourite. I wouldn't want to marry anyone else unless Chris Hemsworth suddenly became single."

"We are the only couple who doesn't have kids yet. Which is why I'm excited to make this announcement...sorry babe... Nick and I are expecting to get drunk tonight and sleep in tomorrow."

DON'T KNOW ABOUT NICK BUT WE NEED BURNOL

"Nick has changed my life. I wouldn't want to babysit, I mean be married to anyone else ever."

Priyanka Chopra shared an excerpt from her bit of the Jonas Brothers Roast on social media, captioning the post "Perks of being a Jonas." Her way of shutting down breakup rumours after she removed both Chopra and Jonas from her Instagram? See Priyanka's post here:

Priyanka Chopra, always busy, has a packed schedule currently. She's filming web-series Citadel, will soon appear with Keanu Reeves and Carrie-Ann Moss in The Matrix Resurrections, and will begin work on her next Bollywood film co-starring Alia Bhatt and Katrina Kaif.