After Long Drive, Its Camping Time For Pulkit Samrat And Kriti Kharbanda

"Camping is fun when the company is Kriti Kharbanda," wrote Pulkit Samrat 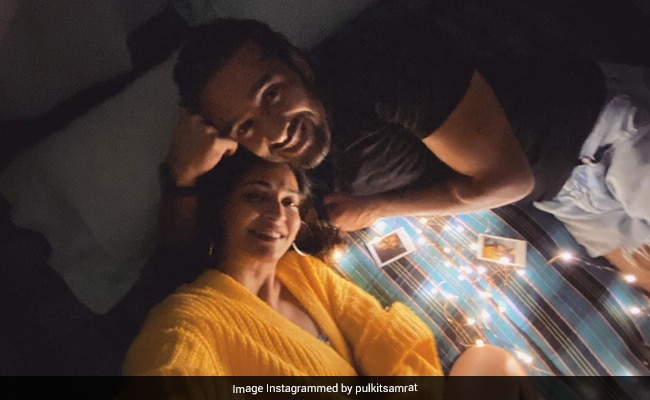 Rumoured couple Pulkit Samrat and Krit Kharbanda surely know how to have fun even during the worst of times. After they went for a long drive earlier this week, the couple shared pictures from their camping diaries. On Wednesday, Pulkit Samrat shared a picture, in which he can be seen smiling with all his heart. The reason behind his bright ear-to-ear-grin could be attributed to (no points for guessing) Kriti Kharbanda. Pulkit wrote in his caption: "Camping is fun when the company is Kriti Kharbanda." Pulkit's Fukrey and Fukrey Returns co-star Ali Fazal left this comment on the post: "This is actually cool, just to think there is a wolf also in this vicinity somewhere... Full camping feels. Hehe! Anyhow, God bless you both rockstars."

Camping is fun when the company is . @kriti.kharbanda

The couple began the week with a road trip, where they were accompanied by their pet husky dog Drogo. Pulkit Samrat summed up the mood of the picture in a sentence. He wrote: "Long drives are love." See the post here:

Pulkit Samrat and Kriti Kharbanda, who have been dating for almost a year, have been living together in Mumbai since the nationwide lockdown was imposed in March this year. Pulkit and Kriti, every now and then, share glimpses of their date nights and cooking sessions. Check out some of their posts:

Pulkit Samrat was previously married to activist Shweta Rohira. The couple got separated in November 2015. Kriti Kharbanda and Pulkit Samrat have co-starred in films like Pagalpanti and Veerey Ki Wedding. They will next be seen together in Bejoy Namibar's Taish.