"I pray that you are never in a situation like ours and that you remain safe and healthy," Abhishek tweeted to the troll 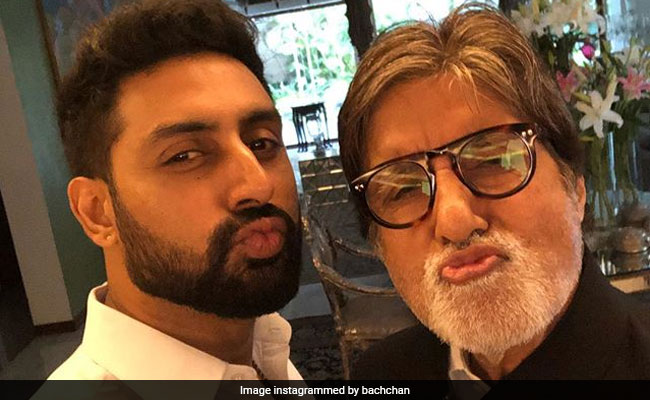 Actor Abhishek Bachchan showed in tweet responses on Thursday how to shut down a troll with dignity and grace. The 44-year-old actor, currently in Mumbai's Nanavati Hospital with COVID-19 as is his father Amitabh Bachchan, spotted a tweet from a hater shaming his career - "Ab kiske bharose baith ke khaoge? Abhishek, with his typically subtle wit, tweeted back, "Philhaal toh let let ke kha rahe hai dono ek saath hospital mein (For now, we are both lying down and eating together in hospital)." Trolls don't usually get it - this one certainly didn't, replying that very few have the privilege of "let ke khana." Needled again, Abhishek responded, "I pray that you are never in a situation like ours and that you remain safe and healthy. Thank you for your wishes, ma'am."

Here are Abhishek Bachchan's Twitter exchanges with the troll:

I pray that you are never in a situation like ours and that you remain safe and healthy. Thank you for your wishes, ma'am.

Abhishek's response throws into even sharper relief the one made by his father, Amitabh Bachchan, earlier this week. Big B's blog entry with a threat couched in a Hindi cuss phrase against a hater who said the actor should "die of COVID-19" went viral - and was received largely with shock and dismay.

Amitabh Bachchan and Abhishek were admitted to Nanavati Hospital on July 11 after they tested positive for COVID-19. Abhishek's wife Aishwarya, who also tested positive, was in the hospital for a few days and was discharged on July 27 with their eight-year-old daughter.

Abhishek Bachchan is often made a target by trolls who ridicule his career choices and his star lineage. In 2018, his response to a troll who mocked him for living with his parents went crazy viral.

This is when Abhishek was called "unemployed." But the troll should have known better.

Nah! Disagree. Somebody who loves doing whatever they are doing.

Abhishek Bachchan made his Bollywood debut with 2000 film Refugee and is best known for his roles in films such as Guru, Bunty Aur Babli, Manmarziyaan, Raavan, Delhi-6 and the Dhoom series of films among others. His next film, The Big Bull, is one of the seven big Bollywood movies to be released on OTT platform Disney+Hotstar.