"Hey Mr Anonymous, you do not even write your father's name because you do not know who fathered you," Big B wrote in his blog 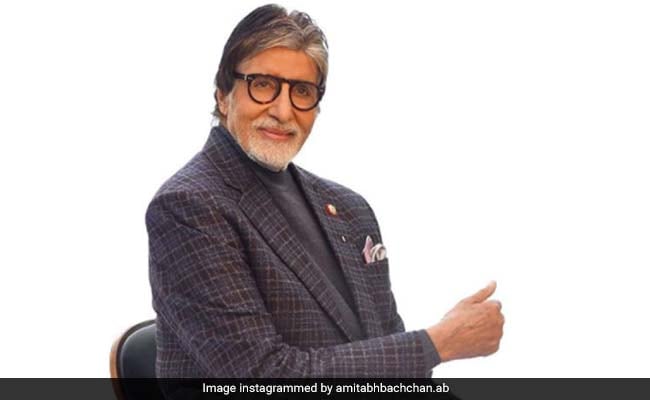 Amitabh Bachchan is currently being treated for coronavirus. (courtesy: amitabhbachchan.ab)

Incredible as it might sound, even Amitabh Bachchan, revered by millions, has haters - and his chosen weapon is to counter hate with hate. In an extraordinary blog post written from Nanavati Hospital - Big B is being treated for COVID-19 - the 77-year-old star revealed that he receives messages from trolls saying he should die of the virus. Big B's response to these unnamed haters is vitriolic, quite out of character for someone whose public interactions are generally noted for dignity. "Hey Mr Anonymous, you do not even write your father's name because you do not know who fathered you," Amitabh Bachchan wrote in his blog addressed to his trolls.

If that isn't eye-popping enough, Big B issued a threat to unleash his "90+ million followers" globally - his 'EF' or extended family, as he calls his fans, would become an "extermination family," Amitabh Bachchan wrote, ending his post with a death threat written in Hindi. Read his blog entry here.

The bloodthirsty words are even more astonishing when you consider that Amitabh Bachchan has mostly spent his hospital time writing graceful posts thanking fans and medical staff. As other celebrities who have been skewered by the pointy end of social media - some, like Sonakshi Sinha, have actually quit Twitter - the best way to deal with trolls is to ignore them.

T 3604 - the hands that you raise in love and support are my strength .. this I shall never ever allow to vanish from my system .. so help me God ! pic.twitter.com/RstlJBttsr

T 3600 - In these times of trial .. the entire day is filled with your love and care .. and I can only express what best I can from here .. my immense gratitude .. pic.twitter.com/7ZbZauBmQG

That Amitabh Bachchan receives such hateful messages at all is almost unbelievable. Beloved in India and across the world, Big B has been in hospital since July 11, along with his son Abhishek who also has the virus. Daughter-in-law Aishwarya Rai Bachchan tested positive as well and was discharged from the same hospital on Monday. Big B's wife Jaya Bachchan tested negative. This is not the first time that Amitabh Bachchan or his fans are experiencing a hospital and health situation - in 1982, Big B spent a month in hospital after a fight gone wrong on the sets of the film