Aamir Khan On Thugs Of Hindostan Failure: 'Audience Got An Opportunity To Take Out Their Anger' 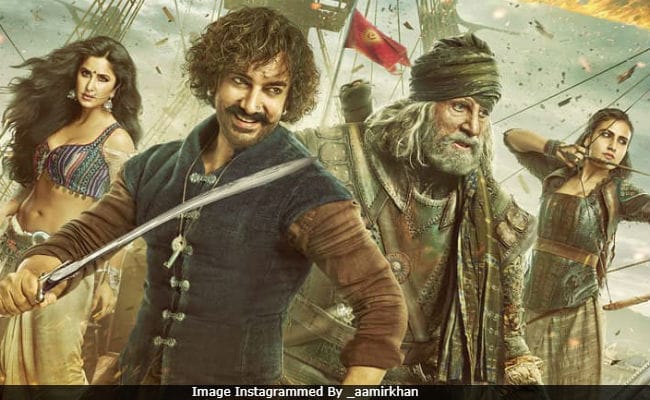 Superstar Aamir Khan, who earlier took 'full responsibility' for Thugs Of Hindostan's failure, said that after the film tanked at the box office, 'people got an opportunity to vent out their anger,' reports news agency PTI. "I've met a lot of people who told me they liked the film. But I don't judge these things. I think the audience has full right to say exactly what they want and they can be harsh in their criticism, that's their right. If there was a certain amount of harshness, so be it," Aamir said during a group interview to promote his recently-released short film Rubaru Roshni, reports PTI. "Also, I didn't give a flop film since a long time. So people got an opportunity to take out their anger, which is good too. It's been years since I have had a failure," he quipped.

Thugs Of Hindostan, also starring Amitabh Bachchan, Katrina Kaif and Fatima Sana Shaikh, opened on a promising note despite poor reviews from critics. The film was directed by Vijay Krishna Acharya, who has previously made the hit film Dhoom 3 with Aamir and Katrina.

"Every director that I work with, they are good and their intentions are good. We all aim to make a good film but sometimes it doesn't happen. Filmmaking is difficult. I'm a team player. If my director has gone wrong, I've gone wrong with him," PTI quoted Aamir as saying.

"I don't mind failing with my director on his or her instincts. I don't have a problem. I believe in the director and if he has gone wrong, I have too. We will learn from our mistakes," the 53-year-old superstar added.

In the first week, Thugs Of Hindostan made close to Rs 134 crore. However, the collections dropped drastically after Week 1.

"Audience came to watch the film on my name. So it was my responsibility. To that audience I feel personally and fully responsible," Aamir added.

After Aamir, Katrina and Fatima also opened up about Thugs Of Hindostan failure. While Katrina said that the film's failure left her "deeply hurt," Fatima said it was "very heart-breaking."