"I know Aamir has spoken on the matter and it has really hurt deeply and personally," Katrina Kaif on Thugs Of Hindostan's failure 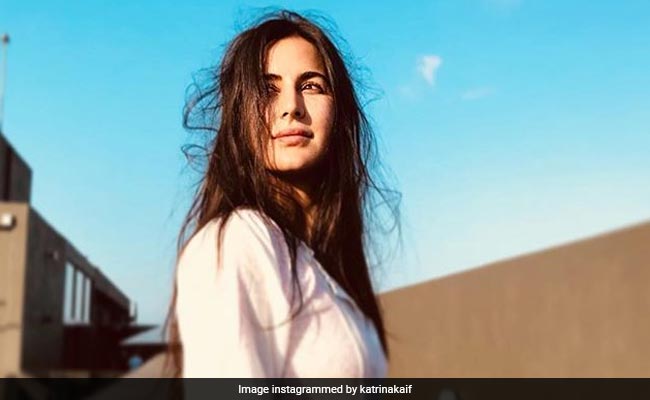 Weeks after Aamir Khan said he takes "full responsibility" for Thugs Of Hindostan turning out to be a box office debacle, his co-star of the film Katrina Kaif said that the film's failure has left her "deeply hurt," reported news agency PTI. The 35-year-old actress, who plays a dancer in the period drama, however added that box office failures also serve as eye-openers: "I know Aamir has spoken on the matter and it has really hurt deeply and personally. Disappointment is always good as it wakes you up little bit again." Having said that, Katrina highlighted that that there was no dearth of effort from the film's team to put together Thugs Of Hindostan: "In case of Thugs Of Hindostan, it was not for lack of trying, something just went wrong in case of Thugs Of Hindostan. You need to have guts and urge to try things and be prepared it may or may not work," PTI quoted the actress as saying.

Katrina's words are a reiteration of what Aamir Khan had said about the ambitious project of Vijay Krishna Acharya after the film's fate was decided by the box office figures. "I would like to say that I take full responsibility for Thugs Of Hindostan not working with the audience," Aamir had said at the Cinestaan India's Storytellers Contest last month and added that: "I think we went wrong. I would like to take full responsibility for that. You can be sure we tried our level best." Thugs Of Hindostan, a period piece set in the early era of the British Raj in India (1795), is said to be Bollywood's most expensive movie, made on a budget of Rs 200 crores. The cast of the VFX-heavy film was headlined by Amitabh Bachchan.

Trade analyst Taran Adarsh, who closely followed the film's performance at the box office, evaluated Thugs Of Hindostan's ticket sales to be at Rs 145.29 crore by the end of the third week. Thugs Of Hindostan, which opened to promising numbers at the box office on November 8, garnered the major chunk of the collections in its first week with as many as Rs 134 crore and raked in Rs 8 crore and Rs 1 crore respectively in the next two weeks. The film's graph took a sharp downward plunge from the very second day because of negative word of mouth, Mr Adarsh had said on the first Sunday after the film's release: "The dwindling extended weekend biz clearly indicates it has failed to live up to the mammoth expectations. It did set new benchmarks on Day 1, but the negative word of mouth hit biz hard on subsequent days."

In the aforementioned interview, Aamir was also asked if he thought that the negative criticism was unnecessarily harsh when he said an audience is free to react if they like or dislike a movie: "I feel an audience is free to say what they want to say about the film. What I can say is that we certainly tried our level best."

Next up for Katrina Kaif is Zero, in which he co-stars with Anushka Sharma and Shah Rukh Khan. When asked if Zero will strike a chord with the audience, unlike her previous film, Katrina said: "With regards to Zero, it is hard to say. You never know from before a film (whether it will work or not). Lot of work has gone into it. It is hard to tell. I believe it is a good film and is a good story. Aanand L Rai is one of the finest storytellers in our cinema. His story connects with people. His emotion connect is good. You have to wait till the film releases. You will have the answer," reported PTI.