Thugs Of Hindostan Gets A Release Date In China. Details Here

Thugs Of Hindostan might face stiff competition from Akshay Kumar's PadMan, which will release on December 14 in China 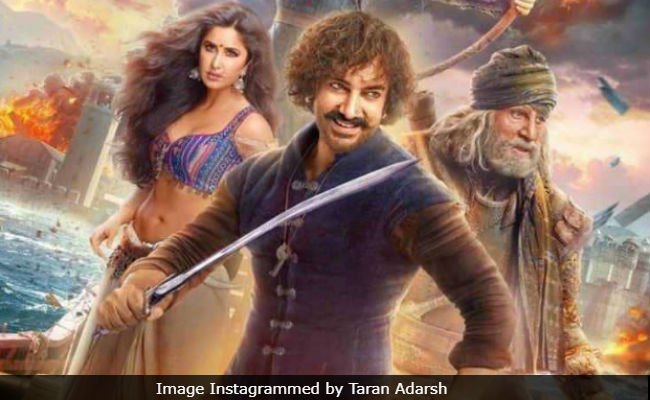 In a separate post, Taran Adarsh explained how China has emerged as a leading market for Bollywood films and said: "China, as a film market is akin to the goose that lays golden eggs." He added, "But you cannot expect every Indian film to strike gold at the China box office. While 102 Not Out fizzled out, hopes are pinned on the next two Hindi releases - PadMan and Thugs Of Hindostan."

#China, as a film market, is akin to the goose that lays golden eggs, but you cannot expect every #Indian film to strike gold at #ChinaBO... While #102NotOut has fizzled out, hopes are pinned on the next two #Hindi releases: #PadMan [14 Dec] and #TOH [28 Dec]... Fingers crossed!

Here's the poster of Thugs Of Hindostan for China:

Thugs Of Hindostan hit the screens in India on November 8 and it opened to poor reviews. Film critic Saibal Chatterjee reviewed the film for NDTV and gave it 2.5 stars out of 5. He described it as "bloated and bombastic." He wrote: "Thugs Of Hindostan is a period saga that banks solely upon action and spectacle for impact." The film earned over Rs 50 crore on its opening day. However, it later crashed at the box office.

Directed by Vijay Krishna Acharya and produced by Yash Raj Films, Thugs Of Hindostan is set in 1795. The film showcases the story of a sea commander named Khudabaksh (Amitabh Bachchan), who aspires to free India from the rule of the East India Company but is challenged by a conman named Firangi Mallah (played by Aamir Khan).

Besides Thugs Of Hindostanand PadMan, Irrfan Khan's Hindi Medium, Aamir Khan's Secret Superstar and Amitabh Bachchan and Rishi Kapoor's 102 Not Out released in China this year. Other than that, Rajinikanth and Akshay Kumar's 2.0 will release across 56,000 screens in China in May next year.