Aamir Khan: We Went Wrong With Thugs Of Hindostan, I Take Full Responsibility

"I would like to say that I take full responsibility for Thugs Of Hindostan not working with the audience," said Aamir Khan 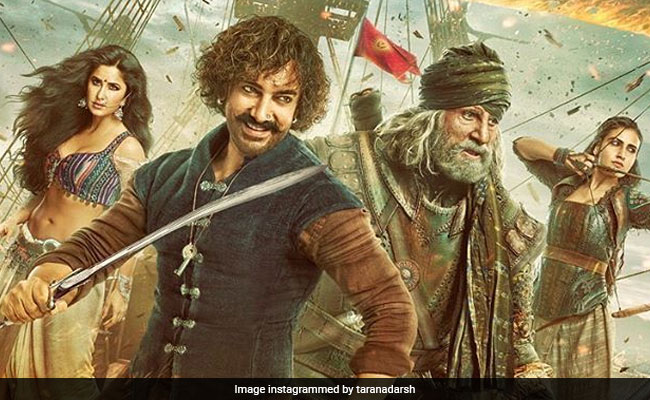 Almost three weeks after Thugs Of Hindostan released and tanked, actor Aamir Khan said at an event that he takes "full responsibility" for the film's failure to impress the audience. Speaking at the Cinestaan India's Storytellers Contest, the 53-year-old actor said: "I would like to say that I take full responsibility for Thugs Of Hindostan not working with the audience." However, Aamir added that the film's team had put in their best efforts for the magnum opus: "I think we went wrong. I would like to take full responsibility for that. You can be sure we tried our level best." Directed by Vijay Krishna Acharya, Thugs Of Hindostan was Aamir Khan's Diwali release, the ensemble cast of which also included Amitabh Bachchan, Katrina Kaif and Fatima Sana Shaikh.

During the interview, Aamir also confessed that he's well aware that only a tiny section of the audience liked his film and that he would like to apologise to cinegoers for not being able to entertain as an actor. "Aur jo audience itni expectation se aayi hai meri film dekhne ke liye, I want to apologise to them also. Iss dafa maine unko entertain nahi kar paaya. Koshish humne puri ki thi. Lekin jo log itne expectation se aaye, unhe mazaa nahi aaya. So, I'm feeling very bad that we were not able to entertain them," he told reporters at the event.

On November 8, Thugs Of Hindostan opened on a promising note, making Rs 50.75 crore on Day 1 but critics were not impressed. As per trade analyst Taran Adarsh's evaluation, the film began to witness dipping numbers at the box office from the second day because of negative word of mouth. On the very first Sunday after the film's release, Mr Adarsh tweeted to say that: "The dwindling extended weekend biz clearly indicates it has failed to live up to the mammoth expectations. It did set new benchmarks on Day 1, but the negative word of mouth hit biz hard on subsequent days."

Thugs Of Hindostan made Rs 134.95 crore in the first week while in the second one, it garnered as little as Rs 8.79 crore, pushing the total to a sum of Rs 143.74 crore. Including the Tamil and Telugu versions, the film earned Rs 149.42 crore in two weeks.

In a previous interview with news agency IANS, Aamir Khan had said he doesn't charge a fee for his films but takes a share of the profit so that he feels responsible for the films he makes: "I don't charge a single rupee for my films. It is my responsibility to take care that the cost is recovered and the whole crew has been paid. And when this is done, I get my share in profit. This gives me a sense of responsibility, of which you all can see the results," IANS had quoted him as saying.