A Viral Pic Of Priyanka Chopra, Gal Gadot Amidst Reports She Made Wonder Woman Wait 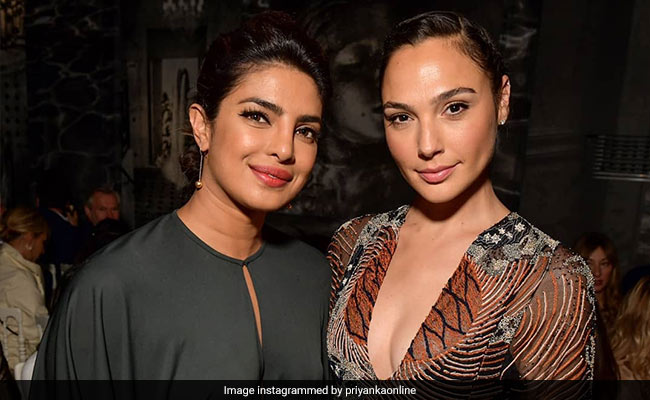 Busy star Priyanka Chopra attended the Dior show at the ongoing Paris Fashion Week on Monday hand-in-hand with her husband Nick Jonas. Now, Priyanka has been trending for a few reasons - a) for reportedly arriving late to the party and b) for her photo with Wonder Woman actress Gal Gadot, which is now crazy viral. As per some reports published on Monday evening, Priyanka and Nick arrived fashionably late to the gala - late by an hour or so - irking guests, who had checked in on time and been waiting. A Hindustan Times report states Priyanka and Nick's entry created a stir in the hall as the paparazzi went into a tizzy.

But soon, fan clubs began sharing a photo of Priyanka and Gal Gadot from the party. They attended the launch of Dior's Autumn-Winter 2019-2020 Haute Couture collection. Priyanka opted for a flowy keyhole detail gown from Dior's Cruise 2020 collection. Gal Gadot was no less ravishing in a Dior ensemble.

Here's what Priyanka Chopra posted from the Dior show. She roped in Maria Grazia Chiuri - Dior's art director - for a photoshoot.

@dior - Paris. Maria Grazia, thank you for having us.

Thank you Maria Grazia for an incredible evening. Congratulations @dior

Priyanka Chopra, who has checked out of Paris, rounded off the night with a family dinner and get-together with friends. She shared pictures on her Instagram story. 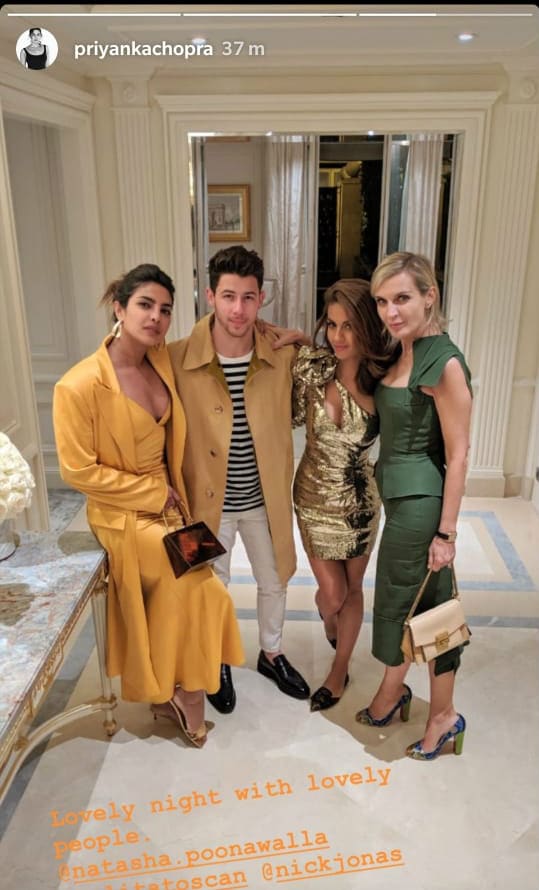 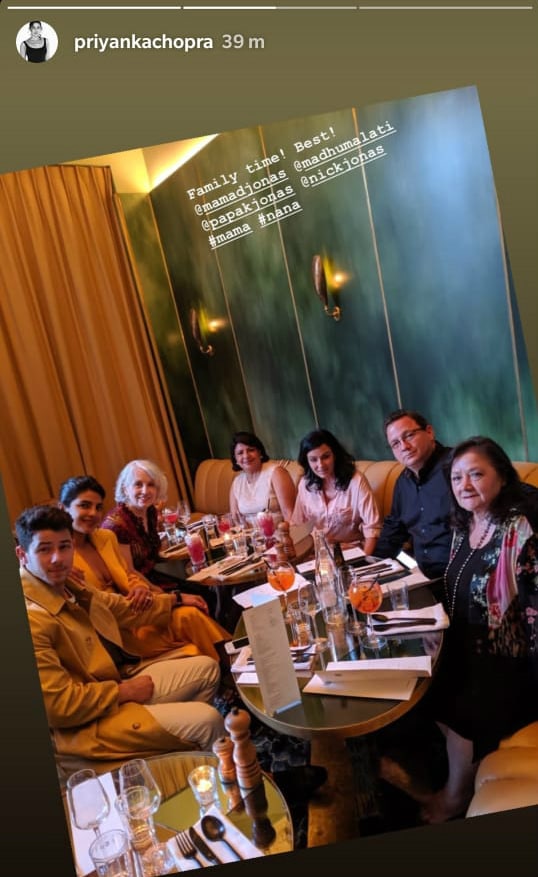 Priyanka Chopra and Nick Jonas landed at the Paris Fashion Show directly from Sophie Turner and Joe Jonas' wedding in Provence. Priyanka was a sight to behold in a Sabyasachi saree at the wedding.

In Bollywood, Priyanka Chopra will next be seen in The Sky Is Pink.