The metro service will also be providing transgenders with employment opportunities to help them become self-reliant and pave the way for their healthy inclusion and participation in the society, a senior official said. 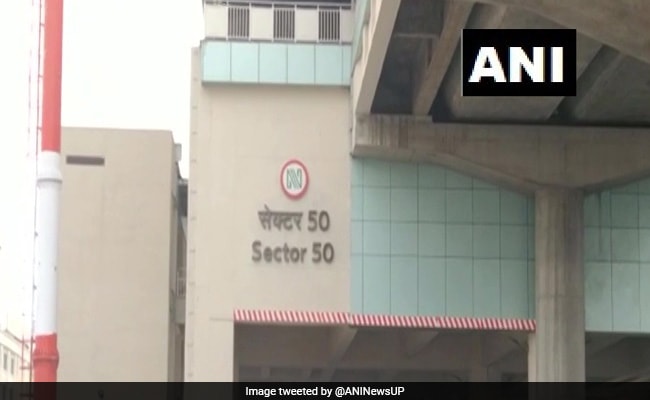 The Sector 50 station of the Noida-Greater Noida Metro which will be dedicated to the transgender community will now be called the "Rainbow Station", officials said today.

The Noida Metro Rail Corporation (NMRC), which operates the Noida-Greater Noida metro service also known as the Aqua Line, has taken the decision based on suggestions from individuals and NGOs, they said.

The NMRC had on June 19 announced its decision to convert the Sector 50 station into "She Man" station that shall have special facilities and employment to the transgenders, in a first-of-its-kind initiative by a Metro rail system in northern India.

"The NMRC has received a number of suggestions from individuals and NGOs regarding a suitable name for the station which would correctly signify and represent the essence of the community. Keeping these suggestions in mind, the NMRC has decided to name the station as 'Rainbow' station," NMRC Managing Director Ritu Maheshwari said today.

"The NMRC has started this initiative with very noble intentions and aim to empower the transgender community," she added.

The metro service will also be providing transgenders with employment opportunities to help them become self-reliant and pave the way for their healthy inclusion and participation in the society, she said in a statement.

This step is being taken by the Noida Metro Rail Corporation for the "inclusion and meaningful participation" of the members of the transgender community, Ms Maheshwari said.

The rainbow colours, especially etched on flags, represent diversity and are also a prominent symbol of pride for the wider Lesbian, Gay, Bisexual, Transgender and Queer (LGBTQ) community, which has for long struggled for equal rights.

While announcing the move last week, the NMRC MD had cited Census 2011 figures to state that there are 4.9 lakh transgenders in India out of which 30,000 to 35,000 are staying in Delhi-National Capital Region (NCR).

Earlier in 2017, the Kochi Metro Rail Limited in Kerala had taken a similar step by employing 23 transgenders, breaking a new ground in gender justice.

The Noida-Greater Noida Metro, which started functioning in January 2019, runs between the eponymous twin-cities of Gautam Buddh Nagar covering nearly 30 km over 21 stations.