Heavy rains in Mumbai and the chaos it created are being compared to the 2005 crisis when the financial capital was crippled for a day.

Mumbai: The weather office has sounded a "red alert" for heavy rain today in Mumbai, which reported nearly 300 mm of rain in some parts of the city on Tuesday - at least 10 times more than normal. Five people were killed in Mumbai and Thane in incidents blamed on the incessant downpour. Schools and colleges will be closed today. Chief Minister Devendra Fadnavis tweeted to say that people in and around Mumbai are "advised to stay back home unless there is an emergency" but "essential services" will be up. Flights and trains were delayed. There is waist-high water at many places and traffic was choked all over the city. "Stay Safe," Prime Minister Narendra Modi has urged Mumbai in a tweet.

Here are the 10 developments in the story: 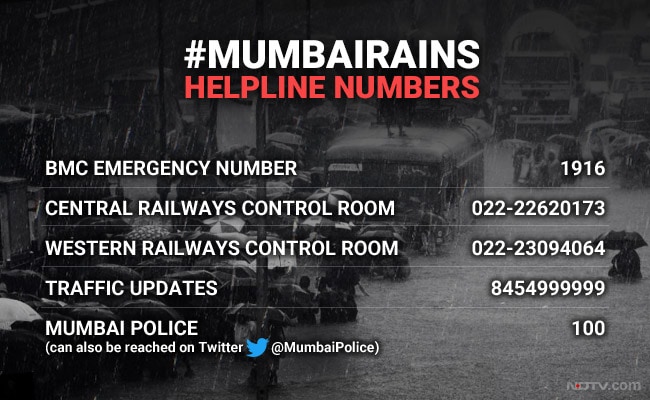