21 people have died in the tragedy, and some are still feared trapped under the debris. 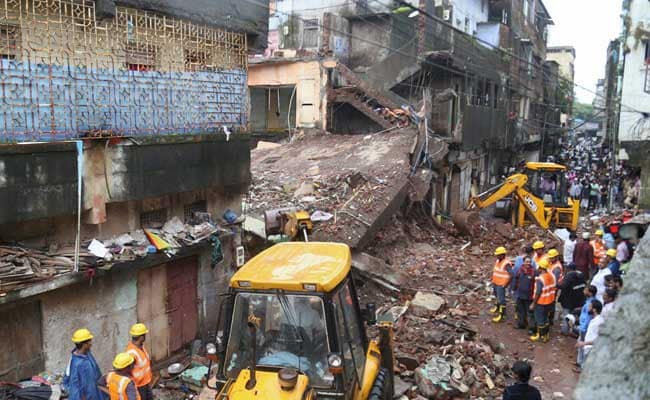 Mumbai: 50 children who were about to attend playschool in Mumbai, had a narrow escape today. Around 20 minutes before playschool was to begin at 9 am, the building it was located in, collapsed. 21 people have died in the tragedy, and some are still feared trapped under the debris.

The ground floor of the 117 year old Hussaini building, located at Pakmodia Street in the Bhendi Bazaar area of south Mumbai, functioned as the playschool.

The father of a two-year-old, who was dropping his child to the playschool, says he saw the structure collapse "like a pack of cards".

"I came down from my house, located opposite Hussaini Building, to drop my child to the playgroup when we saw the structure come crashing down," he said.

A fire brigade official said a major tragedy was averted. "The children had a narrow escape," he said.

While the children who were to attend the playschool were saved, for the people still trapped in the building, rescue efforts are proving to be a hindrance due to narrow roads in the area. Around 200 rescue officials struck concrete slabs with hammers to reach underneath the debris.

The building is said to be one among the 791 buildings listed as dangerous by the city's municipal corporation. 500 such unsafe buildings are still occupied by residents, while only a few of these have been evacuated, according to a Brihanmumbai Municipal Corporation (BMC) official quoted by news agency Reuters.

Officials are yet to ascertain the exact cause of the collapse of the five story building. A possible cause for the collapse could be the torrential rains which have been battering Mumbai for the past two days.