VA Shrikumar Menon had helmed the advertisements of several popular brands with Manju Warrier in the lead role. 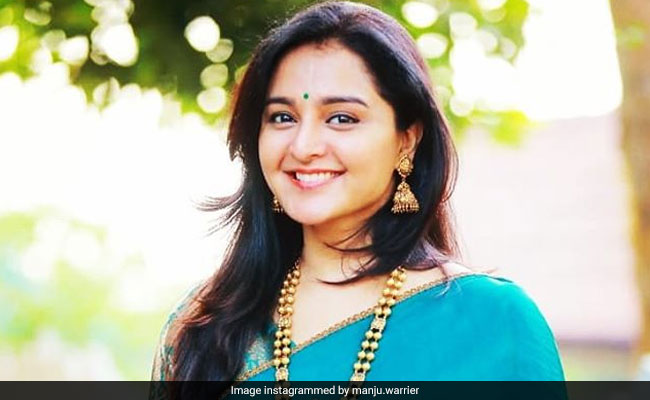 The Kerala Police has registered a case against ad film maker-turned-director VA Shrikumar Menon on a complaint lodged by Malayalam superstar Manju Warrier for allegedly threatening and defaming her on social media. She met the state's Police Chief, Loknath Behera, on October 22 and filed the complaint.

"The complaint was forwarded to us on Wednesday. We then charged him under various sections of the Indian Penal Code including Sections 354 D and 509 and have handed over the case to the Crime Branch for further investigation," police told news agency Press Trust of India on Thursday.

Section 354D of the Indian Penal Code (IPC) deals with the offence of stalking while Section 509 deals with any word, gesture or act intended to insult the modesty of a woman.

Menon had helmed the advertisements of several popular brands with Warrier in the lead role. Last year, he directed the Mohanlal-Manju Warrier starrer "Odiyan", which failed to take off at the box office.

According to local media reports, the award-winning actress levelled grave charges against Menon and one of his journalist friends.

She alleged the director had threatened her and some of her close friends, and tried to defame her by orchestrating a hate campaign against her on the social media, according to the reports.

It also said Warrier had handed over some digital evidence to the investigators to prove her point.

However, Menon said in a Facebook post that he came to know about the police complaint only through media reports and would cooperate with the investigation.

Unleashing a scathing attack against the actress, he said she had forgotten all the help and support he had offered during her second coming in the Malayalam industry after several years.

He also alleged that she had only Rs 1,500 in her account when she had left her home and it was he who had given her a cheque for Rs 25 lakh as advance payment of her first advertisement.

The actress has also sent a letter to the Film Employees Federation of Kerala (FEFKA) about her police complaint against Menon and sought support.