First Look: Mohanlal And Suriya In Bandobast, As Revealed By Rajamouli 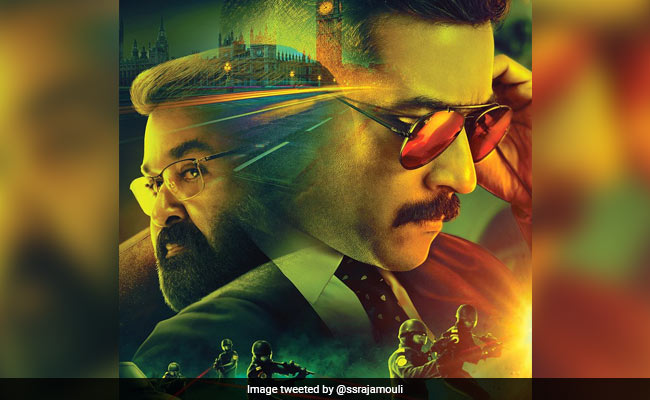 Director S S Rajamouli released the first look of Suriya Sivakumar and Mohanlal's upcoming movie Bandobast, which is the Telugu version of much anticipated Tamil film Kaappaan, on his Twitter profile on Friday. Bandobast brings director K. V. Anand and Tamil star Surya together for the third time. The duo have previously worked in Ayan (2009) and Maattrraan (2012). In the poster shared by the Baahubali director, Surya can be seen sporting a moustache while legendary Malayalam actor Mohanlal can be seen donning a pair of reading glasses and beard. Bandobast also features Raja Rani star Arya in main role.

Thank you so very much @ssrajamouli sir! Our whole team is grateful! Love you sir #Bandobasthttps://t.co/3OIm5FAZAw

Bandobast features Suriya as a high-rank police officer while Mohanlal portrays the role of Prime Minister of India in the film. Lyca Productions, which has produced several hit films like Kaththi and 2.0, is funding Bandobast. The film also stars Arya's wife Sayyeshaa along with Prem, Chirag Jani, Poorna, Mayilsami and Samuthirakani and Bollywood actor Boman Irani in pivotal roles. Bandobast is slated to release on August 30 this year.

The much awaited confirmation you all have been waiting for since November 18th 2017... Its OFFICIAL.. The Massive Multi Starrer is ON!#RRR .. It's not the TITLE.. Just the TITANS coming together! @ssrajamouli@tarak9999#RamCharanhttps://t.co/PTENUB7pwV