Karnataka election: B Sriramulu, the 46-year-old parliamentarian from Ballari, is contesting against Chief Minister Siddaramaiah 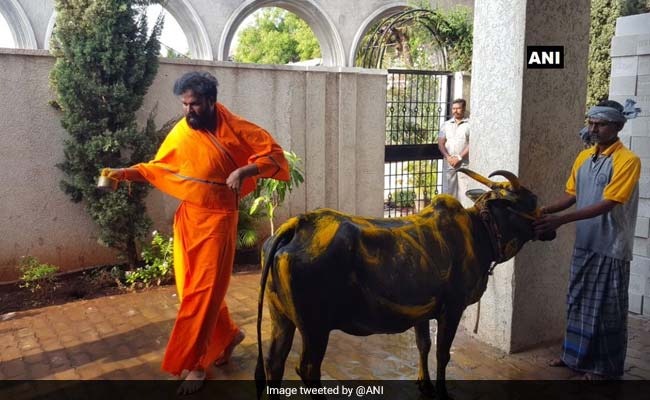 Ballari, Karnataka: B Sriramulu, one of the most prominent candidates fielded by the BJP in the Karnataka election, performed a "gau puja (cow worship)" before casting his vote on Saturday. He was seen in images performing the ritual dressed in all-saffron, next to a cow smeared with turmeric.

The 46-year-old parliamentarian from Ballari is contesting against Chief Minister Siddaramaiah of the Congress in the Badami constituency. He is also contesting from Molakalmuru near Ballari.

On Friday, the Congress urged the Election Commission to disqualify him over a 2010 video allegedly showing him trying to bribe the relative of a former chief justice to influence a verdict in a mining case involving Janardhana Reddy. 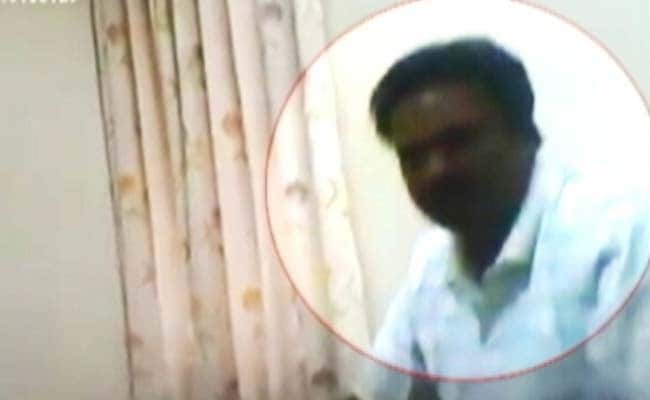 On Friday, the Congress urged the Election Commission to disqualify B Sriramulu over 'bribery' video

Mr Sriramulu is extremely close to the Reddy brothers, and their association has stayed intact through the ups and downs with the BJP.

With his wealth and power, along with the record of winning elections, Mr Sriramulu has risen to the top of the BJP in Karnataka over the years. In this election, he and BS Yeddyurappa are the only parliamentarians to be fielded. Mr Sriramulu was also among the few who were given a chopper to hop constituencies during the campaign.

Promoted
Listen to the latest songs, only on JioSaavn.com
BJP president Amit Shah has not put out any strong denial amid speculation that Mr Sriramulu could be deputy chief minister if the party wins.

The businessman, who lives in a luxurious home in Ballari with an indoor badminton court and a swimming pool, has gained the reputation of a "do-gooder" among many locals - paying their bills, organising mass weddings.