"Will Be Chief Minister Of Assam": Himanta Sarma At 22 On Future Plans

Himanta Biswa Sarma has a vision of an ideal Assam in his mind and works hard to achieve his goals, the Chief Minister's wife Riniki Bhuyan Sarma said. 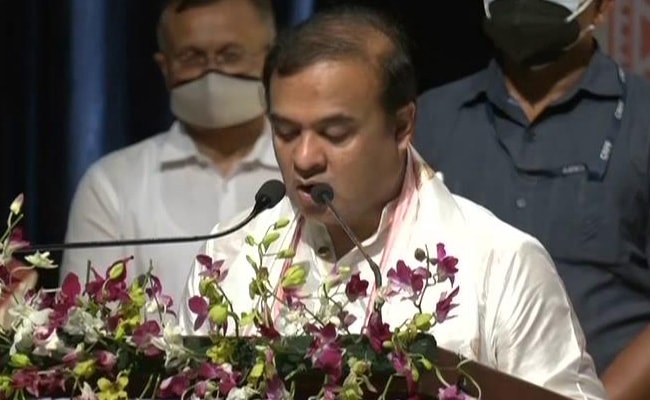 Himanta Biswa Sarma being swon in as Chief Minister of Assam

"Tell your mother, I will be the Chief Minister one day", Assam's new Chief Minister Himanta Biswa Sarma had told a young Riniki Bhuyan, who became his wife later, when he himself was a student of Cotton College.

He was completely focused even in his student days, and very sure of what he wanted to do in the future, the Chief Minister's wife told reporters after the swearing-in of her spouse as the 15th Chief Minister of the northeastern state.

"He was 22 and I was 17 when we first met and I had asked him what I would tell my mother about his future. He had replied- tell her that I will become the chief minister of Assam," she said.

The young girl was stunned but later realised that the man she would marry had definite goals, and dreams for the state, and rock-solid determination.

"We got married when he was an MLA, then he became a Minister and it has been politics all the way but when I was watching him take the oath as Chief Minister today, I could not believe it," she said.

"Even last night during our conversation he mentioned ''Chief Minister designate'' and when I asked him ''kun''(who), he replied ''moi''(I am).

It is always Himanta for me and I cannot relate to him as the Chief Minister. It will take time for me to come to terms with it," she said with a smile.

Riniki Bhuyan Sarma was all praise for her 52-year-old husband in the manner he tackled the COVID-19 pandemic in the state and "though it is far from over, he is trying to sincerely deal with the challenge".

He has a vision of an ideal Assam in his mind and works hard to achieve his goals even when there are several challenges along the way, the Chief Minister's wife said.

"We know that as a person in public life, he will face many challenges but I am confident he will resolve the issues as he is a person who thinks both with his heart and mind," she said.