Why Send Back Film, Shyam Benegal Asks Censor Board Over Padmavati Review

Hours after the producers of Sanjay Leela Bhansali directorial Padmavati "voluntarily" deferred its release, which was due on December 1, filmmaker Shyam Benegal also termed the board's actions as "suspicious" 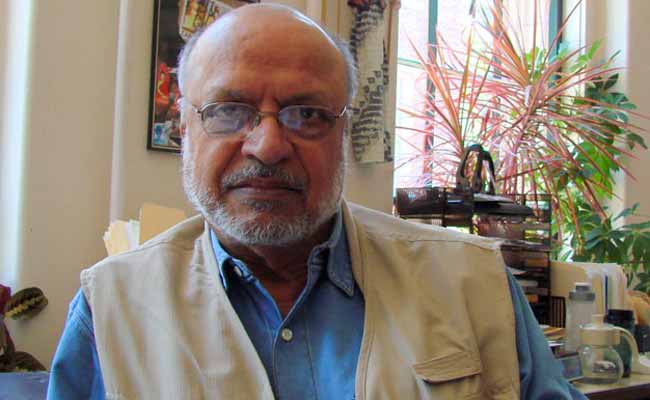 Filmmaker Shyam Benegal has asked the critics of Padmavati to be reasonable.

New Delhi: After senior actor Shabana Azmi's sharp criticism of the Central Board of Film Certification (CBFC) for reserving clearance to the upcoming Hindi film Padmavati over "deficient" paperwork, celebrated filmmaker Shyam Benegal, too, has questioned the censor board for sending back the film.

Hours after the producers of Sanjay Leela Bhansali directorial Padmavati "voluntarily" deferred its release, which was due on December 1, Mr Benegal also termed the board's actions as "suspicious".

Censor Board chief Prasoon Joshi had said that the film could not be reviewed as the "very disclaimer whether the film is work of fiction or a historical was left blank and not stated".

"I must say the CBFC is behaving very strangely in the matter of Padmavati. If the film didn't carry a disclaimer it could easily be corrected. Why send the film back? Again it seems very suspicious," Mr Benegal was quoted as saying by news agency IANS.

Amid intensifying protests against the film and the absurdity of the whole situation, Mr Benegal said that those who haven't seen the film should withhold their criticism and try to be "reasonable". He appealed to the army of protesters to "wait for Padmavati's release before passing your verdict".

"I am sorry I can't comment on Padmavati. I haven't seen it, have you? No one has seen it. Yet there are hordes of people objecting to its content. Does that make any sense? I can't understand how the protest has spread across the nation when hardly anyone has seen the film. What is the point in commenting over a film whose content has not been exposed to the public?" he asked.

While a BJP office-bearer in Haryana announced a Rs 10 crore reward for the heads of Padmavati cast, a leader of Karni Sena, which has been at the forefront of the agitation against the film, threatened Deepika Padukone, who plays the titular role, with physical harm.

Rajput groups claim the film has distorted history and invented a romantic angle between Chittor's legendary Queen Padmini and Alauddin Khilji, the sultan of Delhi.

Angry over threats to the artistes who have worked on the project, the veteran filmmaker, whose critically-acclaimed projects on socially-relevant topics include Ankur, Nishant and Manthan, said "this is being done to consolidate the Rajput vote", and added, "Now, you must understand that the Rajput community is not one homogenized community across the country," he said, according to the IANS.

Promoted
Listen to the latest songs, only on JioSaavn.com
"The Rajputs of Rajasthan possess a different mindset and cultural inclination as compared with the Rajputs in other parts of India. And even those Rajputs in different regions outside Rajasthan are diverse in their outlook. By raking up the 'Padmavati' non-issue, the Karni Sena hopes to homogenize the Rajput country across the country, unite them over an utterly irrelevant crisis. Sadly their ploy seems to be working," he was quoted as saying.