The water tanker scam reached the office of Chief Minister Arvind Kejriwal with the questioning of his aide Bibhav Kumar by the Anti-Corruption Branch. 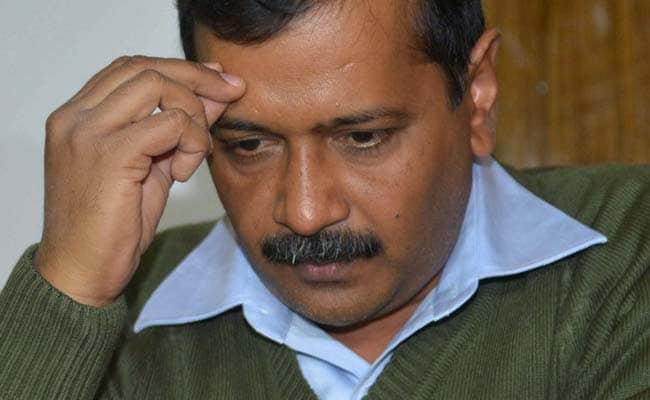 In one of his first outbursts after his dismissal was announced on Twitter, Mr Mishra accused the Chief Minister of sitting on the report of the fact-finding inquiry report set up by the AAP government. Bibhav Kumar was one of the two aides named by Mr Mishra for influencing the inquiry and stalling action against the Congress' Sheila Dikshit. He had repeated the charges to the ACB also, which quickly issued notice to Bihav Kumar.

"He (Bibhav ) arrived at 11.30 am for the questioning at the ACB office. His questioning is currently underway," an anti-corruption branch officer said, adding that Kumar had also been asked to bring some files for scrutiny.

ACB officials had declared right at the beginning of the case that Mr Kejriwal and his predecessor Sheila Dikshit too would be questioned in this case. It hasn't summoned the Chief Minister yet. But Ms Dikshit was examined last year, weeks after she was named as the Congress' chief ministerial candidate for the Uttar Pradesh assembly elections.

AAP leaders expect the central government agencies - ACB reports to the Lieutenant Governor - to try to reach Mr Kejriwal, one way or the other. Mr Kejriwal's principal secretary Rajendra Kumar was earlier charged with corruption by the CBI and arrested.

That there could be a scam in the water tanker business was a concept floated by the Aam Aadmi Party during the assembly elections. The allegation was that much of the water shortage in several parts of the capital was artificial; created so that the business of supplying water through tankers could flourish. The fact-finding team led by a Delhi Jal Board had estimated the scam was worth 400 crore rupees in 2015.

Promoted
Listen to the latest songs, only on JioSaavn.com
AAP leader Ashutosh had earlier pointed out that the Delhi government's decision to hold back the inquiry report had to be seen in context of the the tug-of-war between the Centre and the Delhi government, over the anti-corruption bureau and continuing efforts to scuttle every initiative taken by the elected government.

As water minister, Mr Mishra too had been summoned by the anti-corruption officers in July last year in the same case on the BJP's complaint. He had then called it a world record, that individuals exposing corruption rather than the perpetrators were being interrogated. He had then demanded that cases be registered against then Lieutenant Governor Najeeb Jung and ACB chief Mukesh Meena on the same grounds.