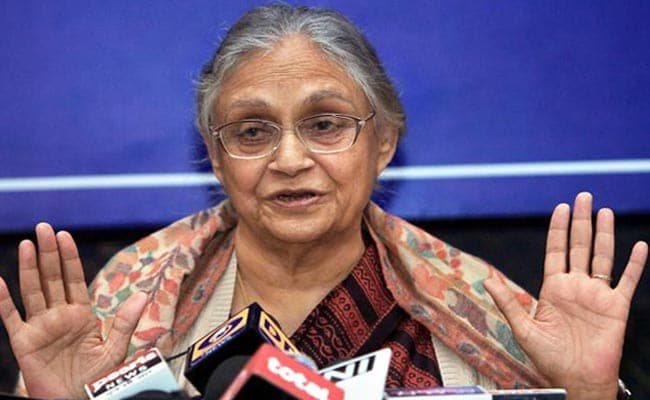 Kapil Mishra claimed that there are some leaders in the BJP who want to "protect" Sheila Dikshit. (File photo)

Vijender Gupta, Opposition leader in Delhi Assembly, termed Mr Mishra's allegation as "baseless" and sought to know why Chief Minister Arvind Kejriwal had sat upon the report of a fact-finding panel formed by the water minister for 11 months.

Mr Mishra claimed that there are some leaders in the BJP who want to "protect" Ms Dikshit.

"BJP is shielding Sheila Dikshit in the water scam which runs into Rs 400 crore. We had registered three FIRs against her in corruption cases around one-and-a-half years ago, but why BJP is still silent on Anti-Corruption Branch's inaction on those cases," Mr Mishra told reporters.

Responding to BJP's demand to cancel the agreement with a company inked by the Sheila Dikshit government in 2012, the minister said the move would only affect water supply.

"Why does BJP want us to cancel this agreement? BJP alleges that Chief Minister Arvind Kejriwal had sat on the fact-finding committee report for 11 months. I want to ask what proof BJP has against the chief minister?" he said.

"The chief minister and the water minister need to tell the people why they had sat on the report for 11 months. By levelling baseless allegation against BJP, the government wants to divert the people's attention from the real issues," Mr Gupta said.