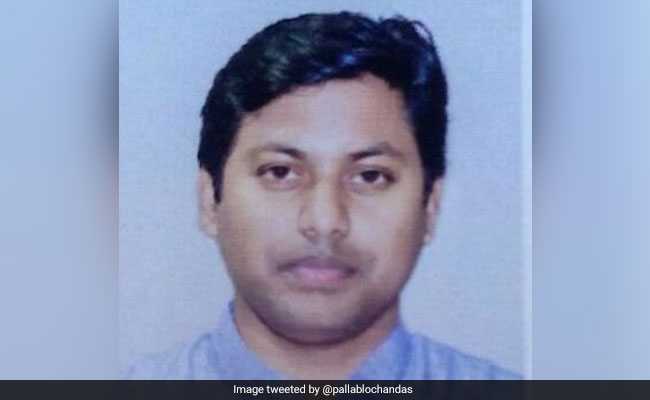 Pallab Lochan Das, BJP candidate in Tezpur, made a derogatory remark towards a Congress nominee.

Mr Das, who holds the portfolios of labour ministry and tea tribes welfare in Assam, claimed that Mr Bhanu does not represent the people of the state as he hailed from Andhra Pradesh.

"The candidate who represents Assam in the Parliament must stand for the ethos, sentiments and aspirations of the people of the state. He (Bhanu) is an outsider, a ''salani maas'' from Andhra Pradesh," Mr Das asserted.

Hitting back at the BJP candidate, Bhanu contended that he has been serving the state since 1985. "The minister (Das) is a young man. I guess he was not born when I became an IAS officer and came to serve the state in various capacities. I forgive him for his comments as he is not aware of my work and contributions," he retorted.

The former bureaucrat, who hails from Navabupalem in West Godavari district of Andhra Pradesh, also said he does not require a certificate from Mr Das to prove his eligibility for contesting the election.

Mr Adham criticizes people for no reason, Madham people think rationally, Uttam sees the good qualities in a person and Uttam-Uttam appreciates even the minutest good trait in a man. "Who is Pallab to decide whether I am eligible or not. I don''t need his certificate. The people of the state will decide for themselves."

Later in the day Mr Das told reporters that the retired IAS officer has served under him and he is aware of his contributions. "I was probably not born when he was serving as an IAS officer in Assam. But till his retirement as the additional chief secretary, Bhanu served under me. During his tenure, he addressed me as ''sir''," he said on the sidelines of his poll campaign meetings.

Joining the verbal swordplay, Assam Finance Minister and North-East Democratic Alliance convener Himanta Biswa Sarma said he was happy to learn that Bhanu has memorized ''Gunamala, but all that should be kept away from politics. "I need to memorize his name first only then ask me a question. I don''t even know his name. It''s good that he has learnt the Mahapurush Srimanta Sankardeva''s ''Gunamala'', but one should keep it away from politics," Mr Sarma said, when asked about the former bureaucrat''s chances of winning the polls.

Polling in Tezpur, constituting eight Assembly segments, is scheduled for April 11. The seat is currently held by Ram Prasad Sharma, who recently quit the BJP, alleging "neglect by the new intruders".