UP Election 2022: Western Uttar Pradesh accounts for 76 seats in the 403-member UP Assembly. In 2017, the BJP had got 66 of the 76 seats in the region, while the Samajwadi Party, Bahujan Samaj Party and Congress won four, three and two seats, respectively. 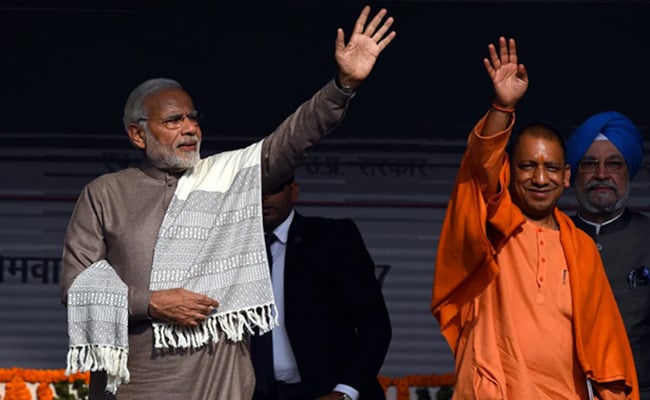 The BJP will win more seats in western Uttar Pradesh compared to the last assembly polls, and the farmers' protest had no bearing on public sentiment in the region, Union minister Anurag Thakur has asserted.

Mr Thakur, who is also the BJP's Uttar Pradesh election co-incharge, expressed confidence that the party will return to power in the state with more than 300 seats on the back of a positive public sentiment due to action against "gundaraj", "unprecedented" development and public welfare schemes under the Yogi Adityanath government.

"We brought the (farm) bills for the benefit of farmers. As (Prime Minister Narendra) Modi-ji said maybe, due to some deficiency, we could not make the farmers understand. Even if the bills were repealed, it was done in national interest," he said when news agency PTI asked if the withdrawal of the agri laws will benefit the BJP in western Uttar Pradesh.

"I had gone to Meerut and Saharanpur before the laws were repealed... The public sentiment was very positive then too," he said, adding that huge crowds can be seen in the BJP's rallies and there is a lot of enthusiasm.

Western Uttar Pradesh accounts for 76 seats in the 403-member UP Assembly. In 2017, the BJP had got 66 of the 76 seats in the region, while the Samajwadi Party, Bahujan Samaj Party and Congress won four, three and two seats, respectively.

The Farm Laws Repeal Act repealed the three farm laws which were passed by Parliament in September last year with an objective to bring reforms in the agriculture sector, especially marketing of farm produce.

The three farm laws against which farmers were protesting were the Farmers' Produce Trade and Commerce (Promotion and Facilitation) Act, 2020, Farmers (Empowerment and Protection) Agreement of Price Assurance and Farm Services Act, 2020 and the Essential Commodities (Amendment) Act, 2020.

"People fled Uttar Pradesh to due to rampant 'gundaraj' and 'mafiaraj' in the state during the tenure of the previous Samajwadi Party government and now they are returning seeing the work of the Yogi Adityanath dispensation," he said.

While the previous Samajwadi Party allegedly inflicted atrocities on women, no one can dare look at women in Uttar Pradesh with a bad intention under the Yogi Adityanath government, he said.

Responding to a question on the Congress' women-centric approach for its Uttar Pradesh election campaign, Mr Thakur said the Sonia Gandhi-led party had joined hands with those who inflicted atrocities against women in the last assembly elections.

Women in Uttar Pradesh can now step out of their home even in the dark and businessmen have developed confidence due to the Yogi Adityanath government's action against "gundaraj and mafiaraj", he said.

"We will return to power with more than 300 seats due to a positive public sentiment... we brought development to every nook and corner of the state despite Covid-induced problems in the last two years," he told reporters.

On reports about resentment in the Brahmin community, Anurag Thakur said the BJP government in the Centre and the state works on the principle of "sabka saath sabka vikas".

He said, "4.5 lakh youths got employment in the government sector and three lakh got contractual jobs without any differentiation on the basis on caste".

"It is the biggest factor along with the improvement in the law and order situation that jobs were given in a transparent manner," the Union Minister for Information and Broadcasting added.

"There are lakhs of people who got a 'pucca' house, power connection, benefit under the Ayushman Bharat scheme, and free ration... the poor evaluate the benefit of even a rupee," he said.

"Social welfare schemes and the improvement in the law and order situation are two other major factors which will bring the BJP back in power," he said.