This is the first time the Arakan Army has captured foreign workers in the resource-rich area, which hosts a series of infrastructure projects linking India and Myanmar. 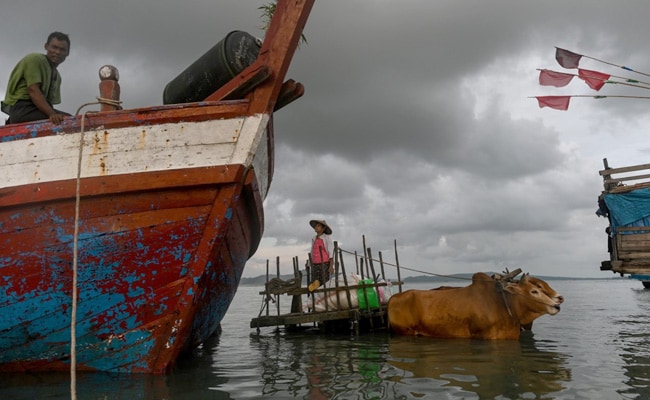 The Arakan Army is a Rakhine based insurgent group. (Representational)

The Indian government on Tuesday said its "timely intervention" ensured the release of five Indians and five Myanmar nationals, including an MP, who had been taken hostage by an ethnic rebel group in the country's restive Rakhine province.

The Ministry of Home Affairs said in a statement that the five Indian nationals, along with a Member of Myanmar Parliament, two local transporters and two speedboat operators, were abducted by the Arakan Army on Sunday while on their way from Paletwa in Chin State to Kyauktaw in Rakhine.

The abducted Indians were engaged in building the Kaladan road project in Myanmar.

"Timely intervention by the government of India has ensured release of five abducted Indian nationals, a Member of Myanmar Parliament and four other Myanmar nationals from Arakan Army in the Rakhine State of Myanmar, in the early hours on Monday," the statement said.

One Indian national died in the Arakan Army's custody due to a heart attack, it added.

According to information available, he was a chronic diabetes patient. The released Indian nationals, along with the body of the deceased, have reached Sittwe and will leaving for Yangon on Tuesday for their onward journey to India, it said.

The Arakan Army is a Rakhine based insurgent group founded as the armed wing of the United League of Arakan (ULA).

It has been fighting for almost a decade for greater autonomy of ethnic Rakhine Buddhists.

This is the first time the Arakan Army has captured foreign workers in the resource-rich area, which hosts a series of infrastructure projects linking India and Myanmar.

The rebels confirmed the Indian worker's death as the group were marched up a hill.

"Unfortunately he suddenly died from exhaustion... we did not do anything to him," Arakan Army spokesman Khaing Thukha was quoted as saying by AFP news agency.

"We did not target the Indians but rather the MP," he said.