The petition on the online platform Avaaz asks for Priyanka Chopra's removal from as UNICEF Goodwill Ambassador as she did not stay "neutral". 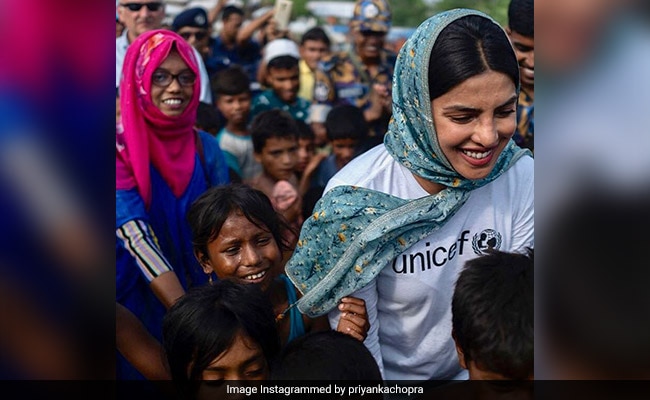 Priyanka Chopra was appointed as the global UNICEF Goodwill Ambassador in 2016.

An online petition to remove Priyanka Chopra as the UNICEF Goodwill Ambassador has been started after her tweet she congratulated the Indian Air Force for last week's air strike across the Line of Control that destroyed a terror camp in Pakistan.

The petition on the online platform Avaaz asks for the actor's removal from the post as she did not stay "neutral".

"War between two nuclear powers can only lead to destruction & death. As goodwill ambassador of UNICEF, PriyankaChopra was supposed to stay neutral and peaceful.... She doesn't deserve this title anymore (sic)," it read.

The petition, which tagged the United Nations and the UNICEF, had received over 4,200 signatures out of a 5,000 mark. UNICEF has not commented on it, reports tmz.com.

Priyanka Chopra was appointed as the global UNICEF Goodwill Ambassador in 2016. She has been involved with the UNICEF for over 10 years.

Indian fighter jets struck the biggest training camp of terror group Jaish-e-Mohammed in Pakistan's Balakot last Tuesday. The strikes were conducted after over 40 soldiers of the CRPF were killed in a terror attack in Jammu and Kashmir's Pulwama on February 14.