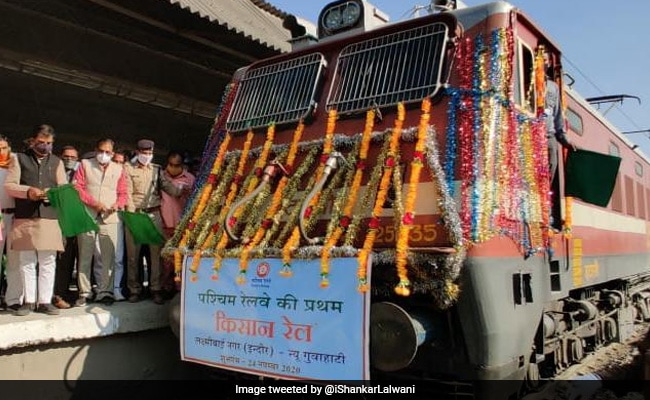 The Kisan Rail will not run on the lines of the freight train, it will run like an express train.

Senior Public Relations Officer of Western Railway, Ratlam Division, Jitendra Kumar Jayant said that 18 coaches filled with onions are attached in this Kisan Rail, while the remaining 2 coaches are empty in which any farmer can book his goods on the way.

Indore MP Shankar Lalwani said, this is a joint effort of Union Agriculture Minister Narendra Singh Tomar and Railway Minister Piyush Goyal, in which 50 per cent concession in freight is also being given to farmers. 15 Kisan Rail will be run in the coming days. Instead of road, the goods of the farmers will be reached by rail route quickly, so that their produce will not be spoiled. The Kisan Rail will not run on the lines of the freight train, it will run like an express train, whose time table will also be given.