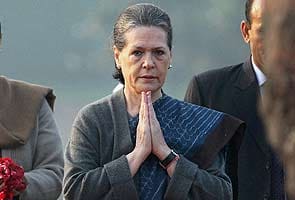 The leaders offered floral tributes at her memorial Shakti Sthal on the banks of Yamuna.

UPA Chairperson Sonia Gandhi, Union Ministers Sushil Kumar Shinde and Kamal Nath were among those who visited the memorial.

On the occasion, tricolour balloons were released by Mr Mukherjee, Mr Ansari and Sonia Gandhi.

Patriotic music was also played along with a speech of Indira Gandhi.

Gandhi, who was born on November 19, 1917 in the politically influential Nehru family, was the first woman Prime Minister of India.