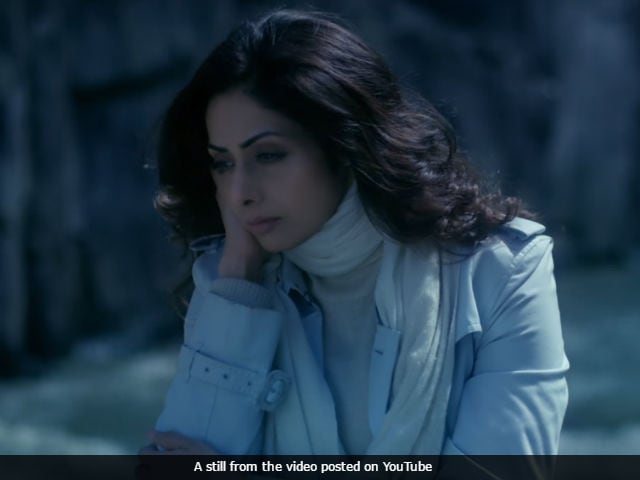 New Delhi: Sridevi's MOM, which released in the theatres on July 7, has managed to collect Rs 16.92 crores so far, reported trade analyst Taran Adarsh. On its opening day, MOM received a lukewarm response and earned Rs 2.90 crore at the box office. The film picked up growth over the weekend and managed to rake in Rs 11.5 crore (Saturday - Rs 5.08 crore and Sunday - Rs 6.42 crore). On Monday, the Ravi Udyawar-directed film witnessed more occupancy in theatres as compared to its first day and managed to collect Rs 2.52 crore at the box office, reported Mr Adarsh. MOM clashed at the box office with Guest Iin London and Hollywood's Spider-Man: Homecoming.

#Mom *footfalls* on Mon are higher than Fri since ticket rates are reduced... Effectively, it's more than opening day in terms of occupancy.

MOM is a revenge thriller which narrates the story of Devki (played by Sridevi), who vows to seek revenge for injustice done to her step-daughter (played by Sajal Ali).

Promoted
Listen to the latest songs, only on JioSaavn.com
In his review for NDTV, Saibal Chatterjee wrote that 'Sridevi's MOM is what Raveena Tandon's Maatr, wasn't: relevant, riveting and oddly rousing despite its grim theme.' "Sridevi, magnificently expressive as the titular figure, is a treat to watch. She seems to make every one of the 50 years that she has spent before the movie camera count in this virtuoso performance," he said.

MOM is Sridevi's 300th film. It is her first Bollywood venture after Gauri Shinde's English Vinglish (2012). In 2015, she featured in Tamil movie Puli.