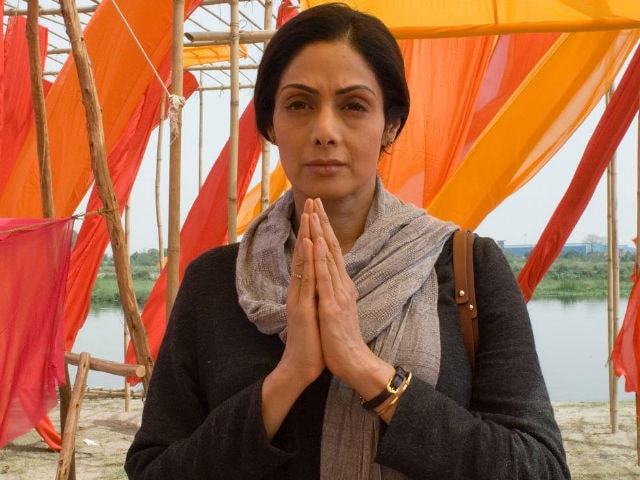 New Delhi: Sridevi's MOM passed the weekend litmus test with flying colors. The film collected a little above Rs 14 crore in the opening weekend, which trade analyst Taran Adarsh says is good news for the filmmakers - Sridevi's husband Boney Kapoor. MOMstarted with Rs 2.90 crore on opening day but pulled up its socks on Saturday (Rs 5.08 crore) and Sunday (Rs 6.42 crore). MOM opened in theatres along with Bollywood's Guest Iin London (which is history) and Hollywood Spider-Man: Homecoming, which is spinning a strong web in India along with North America, where it got the third-highest opening weekend at $117 million.

MOM is a revenge thriller which has been compared to actress Raveena Tandon's Maatr, which released earlier this year. Sridevi stars as Devki, Arya's (played by Pakistani actress Sajal Ali) step-mother and former biology teacher, who yearns for her love. She fails miserably as befriending Arya, who cannot accept Devki in any role in her life. In a horrific incident Arya is brutalized and after the law fails her, Devki vows to avenge her daughter's violators.

Watch the trailer of MOM:


Promoted
Listen to the latest songs, only on JioSaavn.com
The film opened to fabulous reviews from film critics and movie-goers. Sridevi's celebrity friends were in awe of the actress' acting skill and the overall film. In his review for NDTV, Saibal Chatterjee said: "MOM wields a heavy mallet, but it does so with purpose, precision and panache."