MOM Box Office Collection Day 2: Taran Adarsh assures MOM will prove to be a successful affair at the box office - "slowly, but surely" 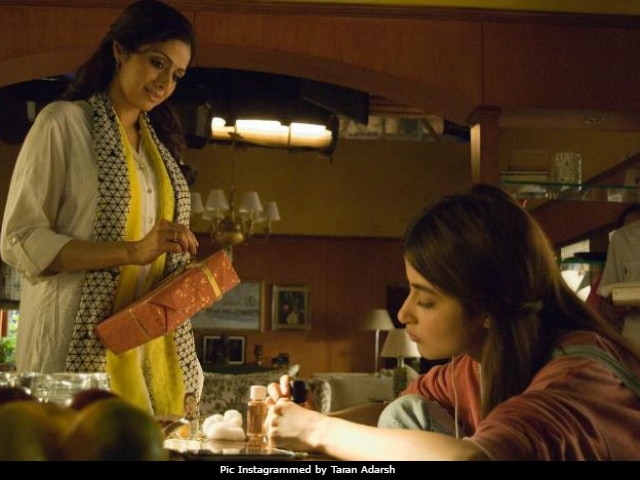 New Delhi: Sridevi's MOM finally arrived in theatres on July 7 and delighted fans to no extent - this is Sridevi's first Bollywood movie after 2012's critically acclaimed English Vinglish. In two days at the box office, MOM has made a shade under Rs 8 crore, reports trade analyst Taran Adarsh. MOM's box office performance also appears to be a reflection of how the Gauri Shinde-directed movie had scored in terms of ticket sales. On Saturday, Box Office India reported that Sridevi's film was off to a slow start, raking in Rs 2.58 crore. However, Mr Adarsh assures MOM will prove to be a successful affair at the box office - "slowly, but surely." He also compared MOM's box office pattern to that of the veteran actress' 1997 film Judaai. In a prediction made by Mr Adarsh, MOM is expected to score better box office crores on Sunday.

However, MOMwhich has been compared with Raveena Tandon's Maatr for being similar in theme and story-line, performed significantly better that the latter. Maatr's single day figures were negligible perhaps because it clashed with Sonakshi Sinha's Noor.

Promoted
Listen to the latest songs, only on JioSaavn.com
Meanwhile, Sridevi's performance in MOM has bowled over critics and cine-goers alike. In his review for NDTV, Saibal Chatterjee writes: "Sridevi, magnificently expressive as the titular figure, is a treat to watch. She seems to make every one of the 50 years that she has spent before the movie camera count in this virtuoso performance."