Sridevi's MOM Vs Raveena Tandon's Maatr: 6 Similarities Between The Films 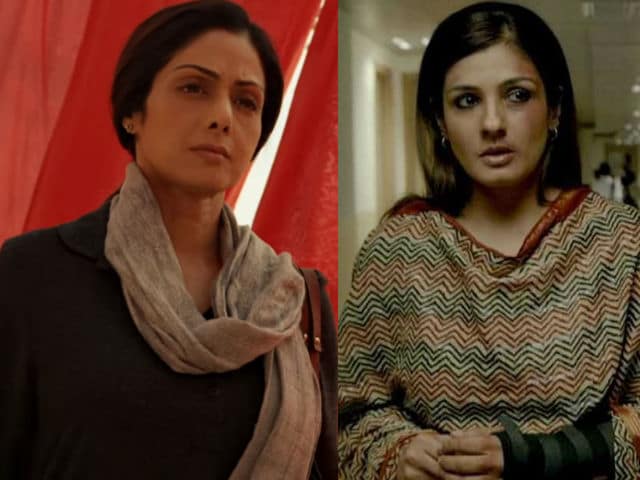 Sridevi in MOM and Raveena Tandon in Maatr

Mumbai: Sridevi's new film MOM, which hit cinemas today, and Raveena Tandon's Maatr, which released in April, have some uncanny similarities. The theme, story, setting and the treatment of both these films are very similar to each other. Since both the films come months apart from one another, it's quite possible that the idea of these films must have been pitched to both these actresses around the same time. Neither Sridevi nor Raveena are actively working in the movies anymore but this similar rape and revenge thriller story convinced them to make a comeback. Sridevi's last Hindi film was English Vinglish in 2012. The film got very positive reviews and was well received by the audiences. She was last seen in the Tamil language Puli. Raveena Tandon has stayed away from Bollywood and not taken up any significant role of late.

We give you six similarities between Sridevi's MOM and Raveena Tandon's Maatr.

1) Identical Titles: Both one-word titles mean the same thing - mother. Raveena Tandon's film has a Sanskrit title while Sridevi's has an English one. 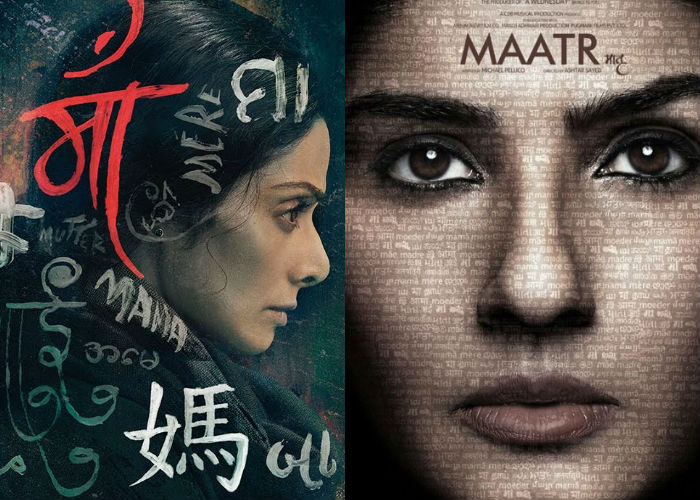 2) Similar Characters: In Maatr, Raveena Tandon plays the mother of the young woman who is raped and in MOM, Sridevi plays the step-mother. In both the films, the rapists do drugs and are drunk, they dump the women from their car on an isolated road in the national capital. The setting, reactions of the families and the media are identical.

3) Justice Denied: In Maatr, Raveena is fighting against the system by herself and in MOM, Sridevi and her husband are trying to get justice for their daughter. The verdict doesn't go in their favour in both the films because of the lack of evidence. The rapists get away because of the legal procedure and loopholes in the system. 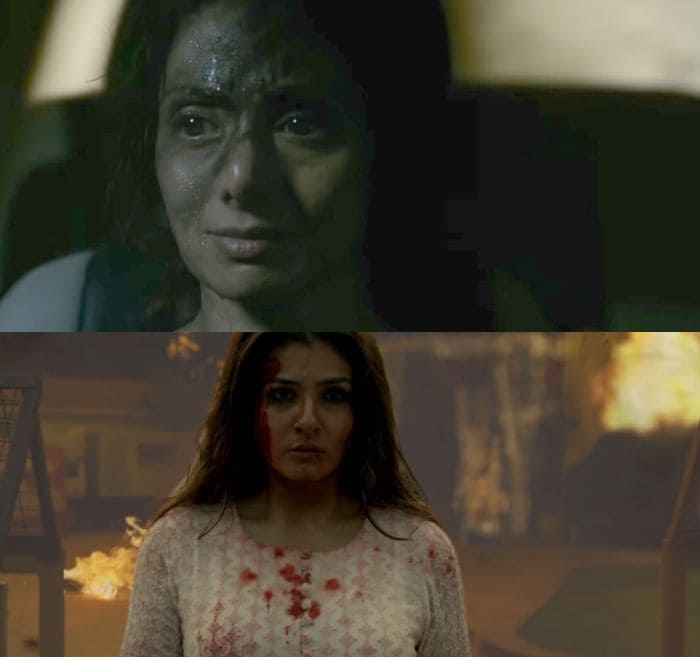 4) Mother Takes Charge: When all else fails and justice is denied, it's the mother (Sridevi in MOM and Raveena Tandon in Maatr) who takes charge and decides to fight it out and eventually takes the law in her hands.

5) Tracks The Rapists: In both the films it's the mother who drives around Delhi and tracks the rapists. Sridevi and Raveena's characters drive the car, park and hide behind the wheel near their homes and chase the rapists who are on bikes. In Maatr, Raveena rams her car into one of the rapist's bikes and kills him while a similar scene in MOM has a different outcome. In another scene, both the characters enter the rapists' homes to execute their plans of killing them. 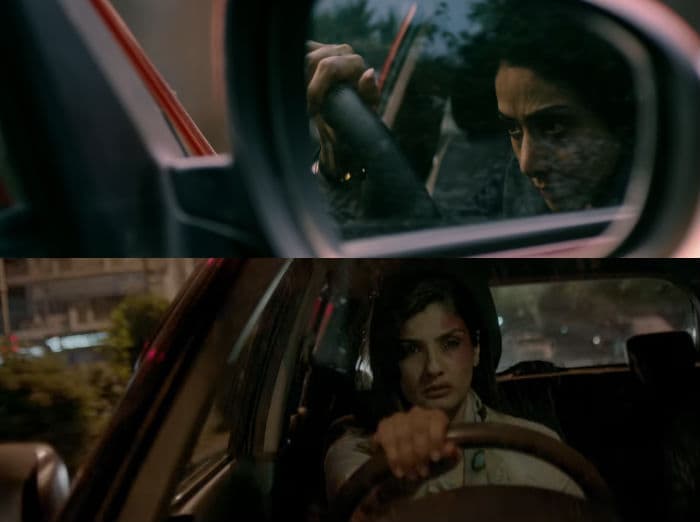 6) Killer Mother: Because they are denied justice, both Sridevi and Raveena Tandon's characters kill the rapists, one by one.