Navjot Sidhu, in his speech peppered with poetry and witty remarks, also said that Mr Singh was both Sardar (a Sikh) and asardar (effective)". 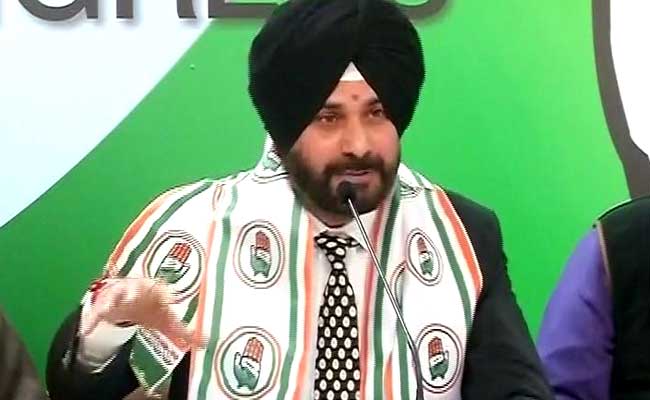 New Delhi: Punjab minister Navjot Singh Sidhu was full of praise for a reticent Manmohan Singh on Sunday and said the former prime minister's silence did what the ruling BJP's uproar could not.

Addressing the 84th plenarysession of the Congress in Delhi, Mr Sidhu, a former BJP MP who had often targeted Mr Singh over his reluctance to speak out on issues, also apologised to the former prime minister.

Mr Sidhu, in his speech peppered with poetry and witty remarks, also said, "Mr Singh was both Sardar (a Sikh) and asardar (effective)".

"I want to apologise to Sardar Manmohan Singh and that too bowing down (before Singh). Sardar Manmohan Singh, your silence has done what the BJP's uproar could not. I realised this after 10 years, sir," said the cricketer-turned-politician, who joined the Congress before Punjab Assembly polls in 2017.

Lauding the Congress veteran, Mr Sidhu said the economy galloped like an Arabian horse under his watch as the prime minister. Whereas, he said, "under the BJP's rule, the economy is moving at the pace of a tortoise."

"Sir, you worked hard silently in such a way that your success created an uproar. Sir, you are a Sardar and also asardar (effective)," a comment which had former Congress chief Sonia Gandhi and senior party leader Ashok Gehlot, who flanked Singh, giggling.

He said Rahul Gandhi is set to unfurl the tricolour from the ramparts of the Red Fort after becoming the country's prime minister post the 2019 general election.

Promoted
Listen to the latest songs, only on JioSaavn.com
Hailing Congress workers, Mr Sidhu likened them to Sikandar (Greek emperor Alexander the Great) and said the party cannot be what it is without them.

If the Congress has lost, it may be due to some leaders, but you are the ones who help win (elections) friends. Sikandar (workers) does not bow before the situation...the workers are soul, life and identity of the party, he added.