Maneka Gandhi, the union women and child development minister, said her ministry would move a cabinet note on Monday to amend POCSO, the Protection of Children Against Sexual Offences Act.

Maneka Gandhi declared she said she was "deeply, deeply" disturbed by the Kathua rape case

New Delhi: Amid nationwide grief and anger over the gang-rape and murder of an eight-year-old girl in Jammu and Kashmir's Kathua, there is a move to change the law for sexual crimes against children to bring in the death penalty for child rape. Union Minister Maneka Gandhi declared it in a video message in which she said she was "deeply, deeply" disturbed by the Kathua rape case.

Maneka Gandhi said her Women and Child Development Ministry would move a cabinet note on Monday to amend POCSO, the Protection of Children Against Sexual Offences Act.

"I have been deeply, deeply disturbed by the rape case in Kathua and all the recent rape cases that have happened on children. I and the ministry intend to bring an amendment to the POCSO Act asking for the death penalty for rape on children below 12 years," said Maneka Gandhi in a video posted on YouTube. 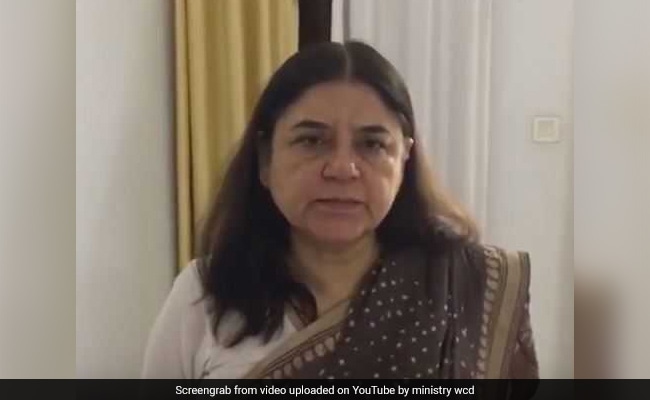 The little girl was kidnapped on January 10, raped again and again and killed by a group of men whose motive was to drive her nomadic Bakerwal community out of the Rassana area of Kathua. The police say she was kept sedated and without food the entire time. Before she was strangled, one of the men, a police officer, insisted on raping her one more time.

Eight men have been arrested but Hindu groups have rushed to their defence; those arrested are Hindu and the girl's Bakerwal community is Muslim.

Local leaders of the BJP - including two state ministers - and a lawyers' group linked to the Congress campaigned against the arrests. The central leadership of both parties remained silent.

But grisly details of the crime and the horror inflicted on the child described in a police chargesheet submitted in court have dramatically shifted the narrative, three months on.

Promoted
Listen to the latest songs, only on JioSaavn.com
Yesterday, union minister VK Singh became the first central voice from the ruling BJP to call for justice for the murdered girl. Later, Congress president Rahul Gandhi also tweeted and held a midnight march.

Celebrities, sportsmen and thousands others have expressed anguish at the crime and called for toughest action.