To demand justice for the eight-year-old girl who was gang-raped and murdered in Jammu and Kashmir and the teenager in UP's Unnao who was allegedly raped by a BJP lawmaker Kuldeep Singh Sengar, the Congress party led a midnight candelight vigil to India Gate in New Delhi. 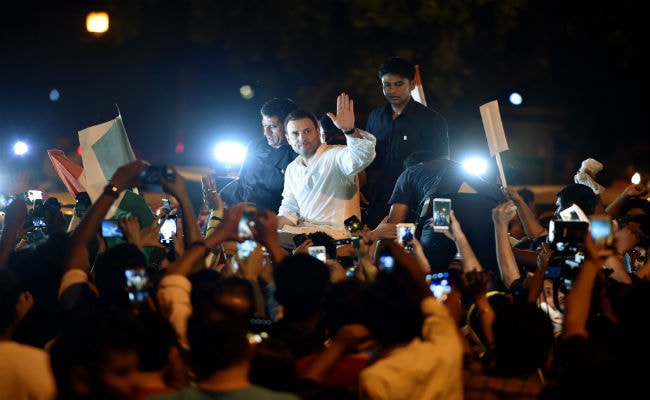 NEW DELHI: Congress president Rahul Gandhi was at the heart of the national capital at midnight to demand justice for the young girl gang-raped and killed in Jammu and Kashmir's Kathua and the alleged rape of a teenager in Unnao. Sonia Gandhi and daughter Priyanka Vadra Gandhi joined the protests that are seen to be an effort to put the ruling BJP at the centre and the two states in a spot. The protest brought back memories of the spontaneous waves of protests that slammed India Gate after the Nirbhaya gang-rape five years ago and forced parliament to enact tougher rape laws.