International Yoga Day: Anytime You Need Inspiration, These Pics Of Celebs Should Help 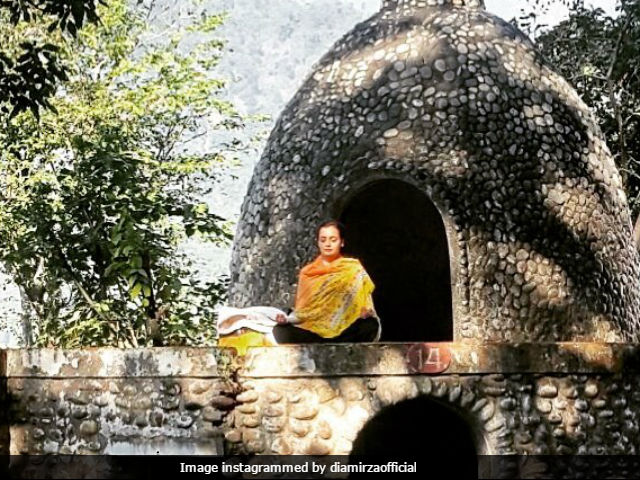 New Delhi: International Yoga Day is being celebrated across the world today and Bollywood celebrities like Amitabh Bachchan, Shilpa Shetty, Malaika Arora and Soha Ali Khan have shared some really motivational pictures and videos with their fans and followers on social media. Actress-producer Dia Mirza posted a picture in which she is seen sitting calmly amidst the greenery in sukhasana, a relaxation pose that is intended for meditative purposes. "Learning to breathe with awareness has brought centre, calm and balance in my life. #Meditation #OM #InternationalYogaDay #OneWithNature," wrote the 35-year-old actress. See the picture shared by Dia Mirza here:

Learning to breathe with awareness has brought centre, calm and balance in my life. #Meditation #OM #InternationalYogaDay #OneWithNature

Huma Qureshi posted two pictures in which she is seen performing aerial yoga. In the first picture, the 30-year-old actress is stretching her leg muscles. In the other, she is seen in the inverted butterfly pose. Check out the pictures posted by her.

Rise and Yoga ! Towards becoming stronger and calmer #WorldYogaDay Andddd a shout out to my teacher the lovely @anshukayogapic.twitter.com/N6K52HF0dk

Aditi Rao Hydari shared a picture in which she is seen performing the Chakrasana or the Wheel Pose. This asana gives great flexibility to the spine. "The yoga way of life...#internationalyogaday #moonchild #themoonmademedoit #findyourstrong #findyourbalance," wrote the 30-year-old actress.

Saiyami Kher also shared a picture on social media. In the picture, the 25-year-old actress is seen doing a headstand or Sirsasana. "Sometimes life turns you upside down so you can learn how to live the right side up," wrote Saiyami Kher.

"Sometimes life turns you upside down so you can learn how to live the right side up."#InternationalYogaDay#YogaDay#WednesdayWisdompic.twitter.com/MqBVOxGnYY

Check out the pictures shared by other Bollywood celebrities on International Yoga Day.

Bakasana, It's taken a lot of practice and it's finally happened! The harder the struggle the more glorious the triumph! #WorldYogaDaypic.twitter.com/5qbnk1sIWw

Promoted
Listen to the latest songs, only on JioSaavn.com
Have these pictures inspired you to take up yoga yet?