India Post Payments Bank Gets Over 77,000 Customers In Goa, Maharashtra

The India Post Payments Bank was launched across 650 districts by Prime Minister Narendra Modi on September 1. 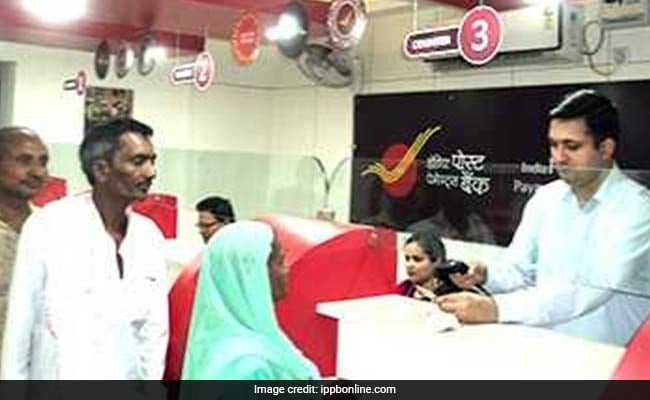 The Maharashtra and Goa Circle of India Post has got 77,339 customers for its payments bank since the facility was launched nationwide on September 1, a senior postal department official said today.

Chief Postmaster General Harish Agrawal said the Maharashtra and Goa Postal Circle had 42 branches of the IPPB along with 210 access points, adding that 90 per centof these accounts were opened by postmen and "gramin dak sewaks" in a door-to-door initiative.

Providing a break-up of the 77,339 IPPB accounts opened, Agrawal said that Nanded district in Maharashtra, with 5,600 accounts, stood first while Gadchiroli, with 389 accounts, made up the rear.

"Customers need to have Pan card, Aadhaar card and cellphone connection to open an account, which is completely free. The maximum balance for these accounts is Rs 1 lakh," he said.

Explaining the procedure of opening an account under this facility, Agrawal said that customers can call up postmen who have been provided mobile handsets with pre-installed applications.

"After biometric authorisation (of the customers), our postmen open the account and provide the customer an account number which is linked with their savings account," Agrawal added.

He said that allowance for gramin dak sewaks had been increased by over 55 per cent and monetary incentives are also being provided to those who open higher number of accounts.

"The aim is to build the most accessible, affordable and trusted bank for the common man by removing barriers for the unbanked and underbanked segments of society," he said.

The Post department serves 40 crore customers and operates around 1.5 lakh branches across the country with a workforce of 3 lakh postmen.

(Except for the headline, this story has not been edited by NDTV staff and is published from a syndicated feed.)
Comments
India PostMaharashtra and Goa Circle