High Commissioner Ajay Bisaria also said that India is pushing hard on humanitarian grounds for the release of prisoners of the two countries in each other's jails. 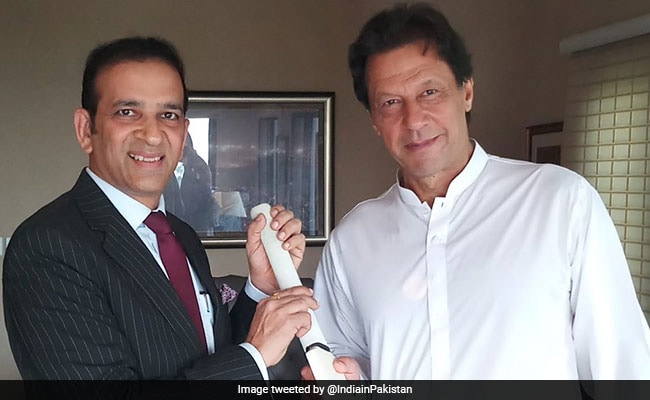 Indian High Commissioner to Pakistan Ajay Bisaria on Friday said the new government under Prime Minister Imran Khan has opened a political window and India is "filled with cautious hope".

He also said that India is pushing hard on humanitarian grounds for the release of prisoners of the two countries in each other's jails.

"Bilateral relations received a setback after the (terrorist) attacks on Pathankot and Uri. But after the new government came in Pakistan, a new political window opened up and we are filled with cautious hope," he said at IIM Calcutta.

Mr Bisaria, an alumnus of the institute, said the Indian government hopes that ceasefire would prevail at the international border, which is necessary for bilateral conversation to begin.

"Both the prime ministers (Narendra Modi and Imran Khan) had conversations over phone which had been very positive," he said.

Noting that relations between India and Pakistan solely rest on the issue of terrorism, he said, "Terrorism is the deal-breaker. What is important is a bilateral conversation. That will happen when terrorism ends."

Mr Bisaria was delivering a lecture on 'Managing a tough neighbourhood: India's approach to its region'.

The Indian diplomat also said efforts are being made to secure the release of every Indian prisoner in Pakistan and to bring them back on humanitarian grounds.

Another important "stakeholder" which could play a key role in the relations between the two countries is the booming bilateral trade, Mr Bisaria said.

"Increased bilateral trade will create more stakeholders and may lead to absence of conflict", he added.