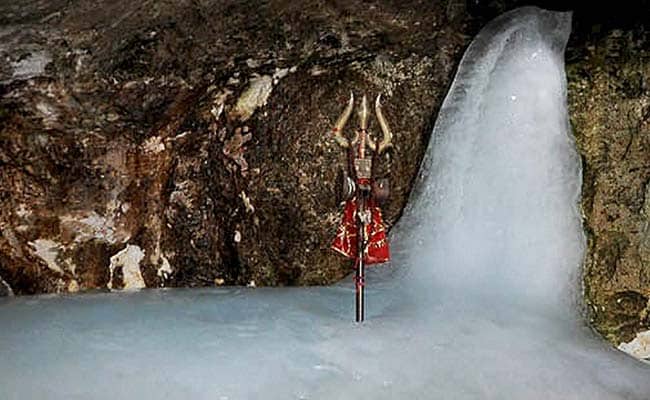 So far over 2.19 Lakh pilgrims have paid their obeisance at the cave shrine

The batch of 34 pilgrims comprising 29 men and five women left in two vehicles from the Bhagwati Nagar base camp in Jammu for Pahalgam and Baltal in Kashmir this morning, a police officer said.

So far over 2.19 Lakh pilgrims have paid their obeisance at the cave shrine since the yatra began on July 1.

Another batch of 991 pilgrims of Budhha Amarnath consisting 704 men, 231 women and 56 children also left in 41 vehicles from the base camp for their onward journey in Poonch district, he said.

The pilgrims would reach their respective destinations by this evening, he said.

Both the yatras would conclude on August 18.