New Delhi: The BJP rode a Modi super-wave to a massive victory in Uttar Pradesh today, winning 312 of the state's 403 seats; its allies have won 13 seats for a grand total of 325. It's a triumph that will strengthen Prime Minister Narendra Modi's claim to a second term in 2019. As jubilant party workers celebrated an early Holi, BJP chief Amit Shah credited the win to PM Modi's leadership, describing him as "the most popular leader since Independence." The BJP has also swept neighbouring Uttarakhand. The Congress has won Punjab, and has a few more seats than the BJP in Goa and Manipur, with no party getting a majority. Arvind Kejriwal's Aam Aadmi Party is the day's big loser. 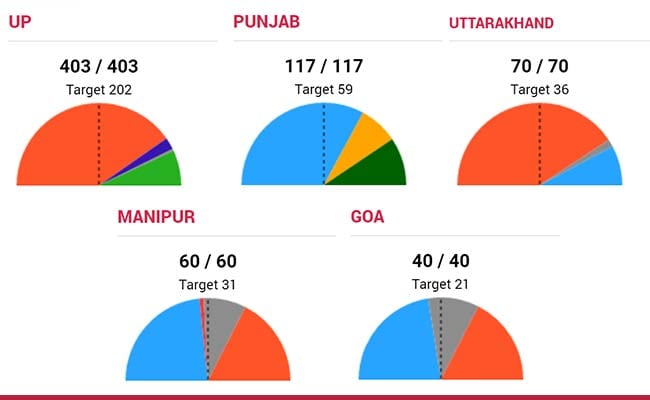