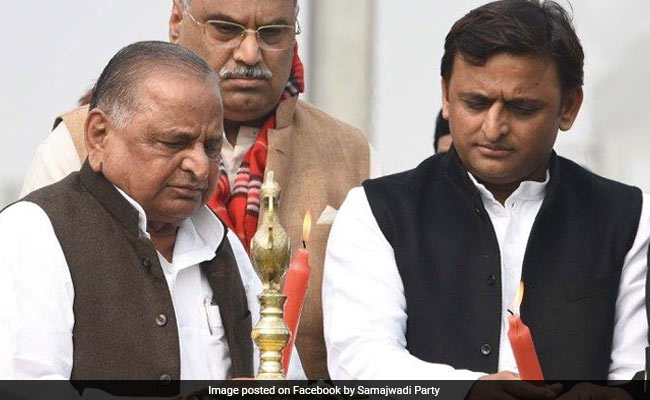 New Delhi: It turns out that Akhilesh Yadav's big decisions in his attempt to stretch his political legs and stride away from his father have backfired spectacularly. The 44-year-old Chief Minister today earned the distinction of being vanquished in the BJP's biggest ever result in India's most important state. Of 403 seats, the BJP, led by Prime Minister Narendra Modi, is placed to win 325. Akhilesh Yadav, on the other hand, had accrued 47, with his junior partner, the Congress, proving party pooper by adding just another seven.

"I guess the new government will provide better expressways, maybe people didn't like the freeways we built, and now a bullet train will be brought for UP," said Akhilesh Yadav in a press conference at his residence, appearing relaxed but not abjuring sarcasm. Mayawati, who was relegated to third place, has alleged that the voting machines in UP were rigged, raising feedback of the sore loser variety. "If a complaint has been raised, the government should look into it. I will also study this," he said.

He is not short of material to scrutinize. Whether entwining with the Congress was an unforced error is arguable. Akhilesh Yadav said recently that the alliance was formed when he was operating from a position of weakness, trapped in a long and public fight with his father, Mulayam Singh, for control of the Samajwadi Party. Mulayam Singh, 77, was categorical that a collaboration with any party, including the Congress, was unacceptable. Akhilesh Yadav felt differently. At a time when his party was riven by his family feud, he felt that the Congress would help consolidate the crucial Muslim vote, which accounts for 18 per cent of the population and serve as a beta blocker for the momentum generated by PM Modi.

Not only did the Congress fail to pull its own weight, but it also served as an ankle-weight for Samajwadi candidates, who say the Congress' votes did not transfer to them. 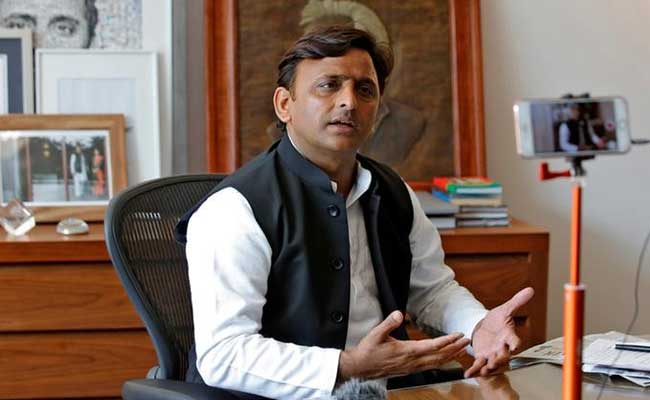 UP Election Results 2017: Akhilesh Yadav earned the distinction of being vanquished in the state

Apart from counter-pointing his father, Akhilesh Yadav's predisposition to combining with the Congress was based on his famed friendship with Rahul Gandhi, who is three years older than him and is his party's No 2. Mother and Congress chief Sonia Gandhi left election decisions to him and his sister, Priyanka Gandhi Vadra, who was credited publicly by the party for salvaging the alliance from busting over how many seats the Congress would be allotted. It got 105, vastly disproportionate to both its result in the last election in 2012 and its depleted stature since. As exit polls on Thursday forecast a BJP win (though only two correctly called an outright landslide), Akhilesh Yadav said, in a reversal of stand, that should the need arise, he was open to seeking an alliance with Mayawati.

The Samajwadi-Congress combine came to be etched too firmly in voters' minds as narrowly focused on the Muslims and the Yadavs and drove a consolidation of the Hindu vote for the BJP.

A month-long Kisan Yatra in September, which saw him touring the state uninterrupted, followed by joint road-shows with Akhilesh Yadav in an open-top Mercedes SUV, did not improve Rahul Gandhi's ability to connect with people or to draw mass support for the Congress. Despite that, his party has not swerved from a long tradition of sycophancy, with senior leader Digvijaya Singh today stating that "It is not possible for Rahul Gandhi to step down. The Gandhi-Nehru family is the biggest binding factor for the Congress." 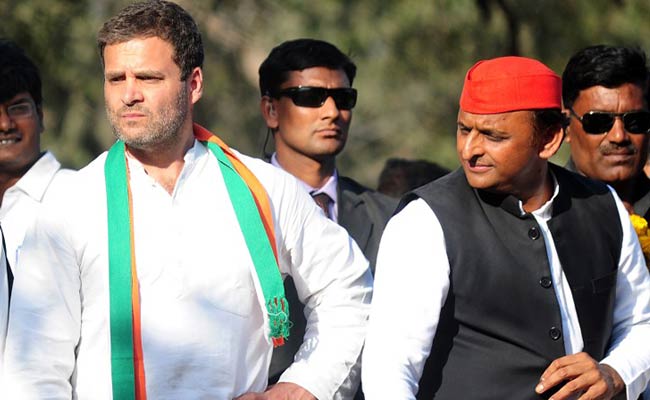 Early this morning, before the counting of votes began, Samajwadi Party workers held a hawan to incite a victory. By then, a life-size cutout of Rahul Gandhi that had for days been placed alongside a similar representation of Akhilesh Yadav had been removed overnight. Either the cadre was venting its anger, or it was taking no chances with what it considers bad luck. Either way, it did not augur well for the Chief Minister.

Apart from the ruinous alliance with the Congress, Akhilesh Yadav will now have to inquest his decision to thrust his father into an adjunct role so close to the election. He had spoken of returning the post of President, which he hijacked with the support of thousands of party delegates, to Mulayam Singh after the election was completed. His stock within the party, so greatly enlarged during his feud with his father, with him being read as the clean, young politician trying to purge over-the-hill leaders unhesitant about mingling with criminals and dons, if needed for political gain, has taken a big hit.

"Our cycle was tubeless," he joked this evening of his party symbol, "it proved impossible to pump air into its wheels" - a bantering assessment of the damage caused by his fractious relationship with his father.

Though he himself did not shy away from promoting candidates like Gayatri Prajapati, named in multiple criminal cases including one of gang-rape, for the most part, Akhilesh Yadav enjoys public goodwill. His development of world-class highways, his focus on education for the youth is not unappreciated by the public. But it turned out to be a wimpy opponent to the currently unassailable popularity of PM Modi and his credibility as a driver of change and progress. The bicycle wobbled. His father now has a chance to advocate that's what happens when training wheels are removed too quickly.
Comments
Akhilesh YadavRahul GandhiUP elections 2017UP polls 2017Uttar Pradesh assembly elections