Nairobi flies, native to East Africa, are growing at a rapid pace at the campus of the Sikkim Manipal Institute of Technology (SMIT) in Majhitar 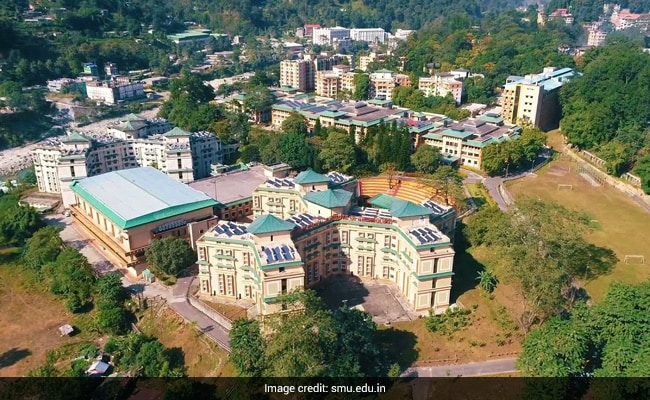 Around 100 students of an engineering college in East Sikkim suffered severe skin infections after coming in contact with Nairobi flies, officials said on Tuesday.

Nairobi flies, native to East Africa, are growing at a rapid pace at the campus of the Sikkim Manipal Institute of Technology (SMIT) in Majhitar, they said.

A student who was recently infected by the flies had to undergo surgery on his hand, they added. The flies are not native but can overwhelm new areas in search of breeding grounds and ample food supply, Health Department officials said.

These flies usually destroy crops and eat pests, they said.

These flies do not bite, but if disturbed while sitting on anyone's skin, they release a potent acidic substance that causes burns, officials said.

The flies should be gently blown off and not disturbed or touched. The area where these flies sit should be washed with soap and water.

The college administration said that the infected students are undergoing medication and recovering.

Insecticides are being sprayed on the campus, and students are being made aware of the dos and don'ts to deal with the situation, it said.