Nairobi Flies Infect Sikkim Students: All You Need To Know About Skin-Burning Insects

Nairobi flies do not bite or sting, however, if disturbed while sitting on anyone's skin, they release a potent acidic substance that causes burns. 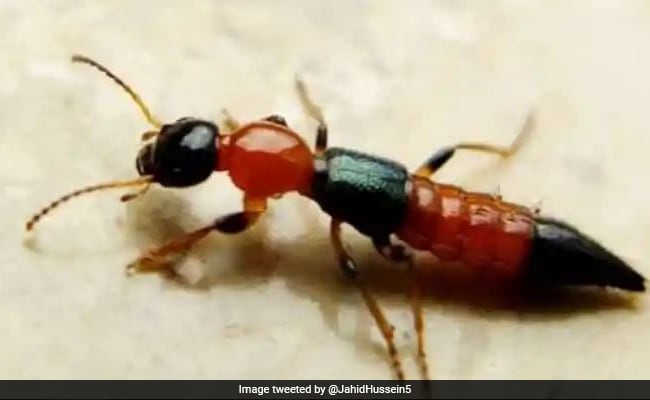 Nairobi flies are growing rapidly at the campus of SMIT.

More than a hundred students of an engineering college in Sikkim recently suffered severe skin infections after coming in contact with ‘Nairobi flies'. Officials on Tuesday informed that a student who was infected by the insect had to undergo surgery on his hand, while other infected students were given medication and are now recovering.

As per PTI, the Health Department officials said that Nairobi flies, native to East Africa, are growing rapidly at the campus of the Sikkim Manipal Institute of Technology (SMIT) in Majhitar.

Nairobi flies are also known as Kenyan flies. They are small, beetle-like insects, and have very long bodies. They are orange and black in colour and are mostly found in areas with high rainfall. They are attracted by light and moist areas.

These flies usually destroy crops and eat pests. According to the Health Department, these flies do not bite or sting. However, if disturbed while sitting on anyone's skin, they release a potent acidic substance that causes burns.

Also Read | Mother, 53, Her 2 Daughters Together Clear Tripura Board Exams

As per The Conversation, the toxin causing these burns is called ‘pederin'. It is produced by symbiotic bacteria that live inside the Nairobi flies. The fluid released by these bugs can cause unusual burns, dermatitis or lesions on the skin.

Blisters could erupt in 24 to 48 hours, but these usually dry out and don't leave scars. More severe cases could happen if the toxin is more widespread over the body and could cause fever, nerve pains, joint pains or vomiting. If the toxins come in contact with people's eyes, it can cause conjunctivitis and potentially temporary blindness.

The Health Department has stated that the flies should be gently blown off and not disturbed or touched. The area where these flies sit should also be washed thoroughly with soap and water.

Bed-nets, long sleeves clothing and avoiding sitting under lights at night can also help. The fly should not be crushed as it contains strong poison which can cause the skin to swell.