"You Become Your Own Worst Enemy": Actress Shamita Shetty Reveals She Battled Depression

"Reach out to your loved ones, seek psychiatric help and fight it," wrote Shamita Shetty 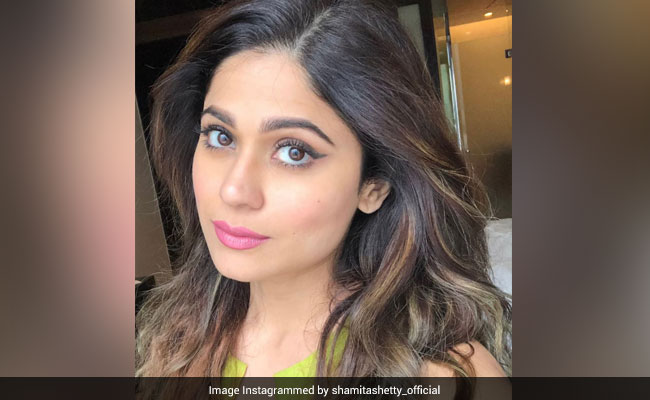 Actor Sushant Singh Rajput's tragic death on Sunday has prompted a conversation on mental health and has also encouraged some to open up about their personal experiences with depression and mental illness. A day after Mr Rajput, 34, was found dead at home in Mumbai, actress Shamita Shetty revealed in an Instagram post that she battled depression and urged anyone struggling with their own mental health to seek help. Sushant Singh Rajput died by suicide, police say. No suicide note was found and an investigation is ongoing, according to news agency PTI.

Shamita Shetty's note begins, "Depression... any of us can go through it." She describes the effects of mental illness in the most visceral manner: "It tries to break you, it feeds on every part of your soul, everything hurts, you become your own worse enemy in this dark, terrible world."

Ms Shetty makes it clear she's speaking from experience: "I know the pain because I've been through it. It took me a while to recognise and accept it, to muster up courage, look it right in the eyes and say I'm stronger than you, I will beat you."

Shamita Shetty urged those struggling to maintain their equilibirum to get help. "Don't try and fight this alone, reach out. Know that there are people out there who have been through everything you are going through. Reach out to your loved ones, seek psychiatric help and fight it. And when you do, let me tell you this from experience, it makes you a bl**dy strong person," she wrote.

Peace , Positivity and Love to all

On Sunday, she shared this tribute to Sushant Singh Rajput:

Uve gone to a better place .. but this world lost you too soon #ripsushantsinghrajput

Shamita Shetty, 41, is the star of films such as Mohabbatein, Zeher and Cash. Her older sister Shilpa Shetty is also an actress.

Several others from the film fraternity have previously spoken about battling mental illness, once a taboo subject in the unforgiving world of showbusiness. In 2015, Deepika Padukone started a foundation to help those struggling with mental health after revealing in detail her own battle with depression. On Sunday, she shared this reminder about getting help:

Sushant Singh Rajput's death has prompted a massive outpouring of messages and tributes from his colleagues in Bollywood and the TV industry. Mr Rajput shot to fame as the lead on TV soap Pavitra Rishta; his film credits include the MS Dhoni biopic, Kedarnath, Chhichhore, PK and Sonchiriya. He was last seen in the 2019 Netflix film Drive.

"Mela Has Certainly Left A Scar": What Prompted This Post From Twinkle Khanna