Why Shahid Kapoor Hasn't Signed Anything After Padmavati

'It's okay to wait and do good movies,' said Shahid Kapoor 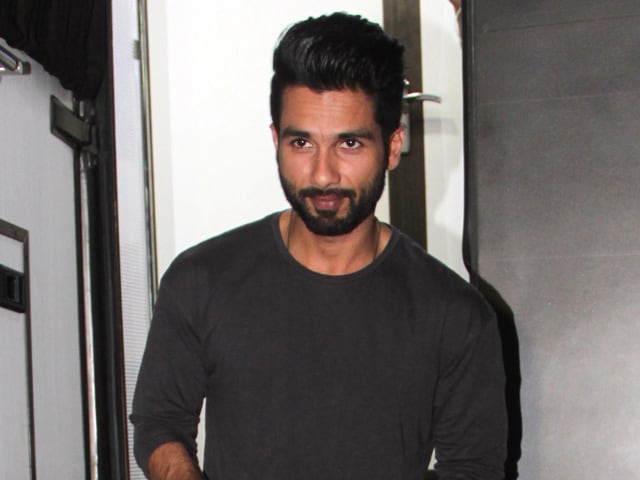 New Delhi: Shahid Kapoor will resume shooting Padmavati, his upcoming film with Sanjay Leela Bhansali, after he returns from New York. Shahid, who was last seen in Vishal Bhardwaj's war drama Rangoon, told news agency PTI that Padmavati is the only film he has in the pipeline. The 36-year-old actor has not signed any new film after Padmavati. "I have not signed anything after Padmavati and it isn't a thing to worry about. You should only worry when you are not doing a good film," PTI quoted Shahid as saying. Earlier this month, Shahid and wife Mira had arrived in the Big Apple to attend the IIFA awards and reportedly extended their stay to celebrate daughter Misha's first birthday.

Talking about his career decisions, Shahid said that "good content" and "entertaining" are the two elements he's looking forward to for his next projects. "It's okay to wait and do good movies. I want to be associated with films that have good content and are entertaining at the same time," PTI quoted him as saying.

Meanwhile, Shahid added that his experience of filming Padmavati has been 'amazing'. "I am not supposed to talk much about the film. All I can say is it's an amazing cast and it is going to be a spectacular visual experience. I am having an amazing time on it. Wait for it, it's coming in November." Shahid co-stars with Deepika Padukone and Ranveer Singh in the historical drama. Deepika has been cast as protagonist Rani Padmini and Shahid plays her husband Ratan Singh. Ranveer portrays Mughal emperor Alauddin Khilji in Padmavati.

Addressing reports that he is also to be zeroed in for Sanjay Leela Bhansali's next titled Tuesdays And Fridays, he said: "I read about it. But I haven't signed anything after Padmavati. So wait for an announcement."

Padmavati is expected to release in November.

Ananya Panday And Sister Rysa Are "Quarantined But Not Confined"