"We threw her out because we had boy stuff to discuss. Sneakers, cars and all these things that boys do," said Dulquer Salmaan 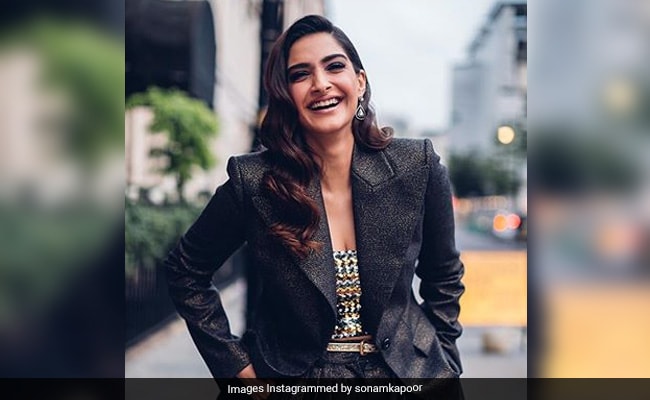 Did you know that Sonam Kapoor's husband Anand Ahuja and her The Zoya Factor co-star Dulquer Salmaan once remove the actress from their WhatsApp group so that they can have "boys" talk freely? Yes, you heard it right. In a recent interview with Zoom, Sonam Kapoor revealed that she was thrown out of the group chat because Anand and Dulquer wanted to talk about cars, shoes and other stuff that boys discuss, reported news agency IANS. It all started when Dulquer Salmaan shared that he has become good friends with Anand Ahuja: "He is such a guy's guy. He is genuinely very warm. He is very kind and easy to speak to. Even when he comes on sets, he is happy and has no issues hanging around. We made a WhatsApp group too," Dulquer was quoted as saying by IANS.

However, Sonam Kapoor was quick to add that the duo removed her from the group chat once the boy-talk took over. To this, Dulquer laughed and replied: "We threw her out because we had boy stuff to discuss. Sneakers, cars and all these things that boys do," reported IANS.

The Zoya Factor is an adaptation of Anuja Chauhan's 2008 novel of the same name. The story revolves around Zoya Solanki (played by Sonam Kapoor), who is an executive in an advertising agency. She ends up becoming a lucky charm for the Indian cricket team during the 2011 Cricket World Cup. Nikhil Khoda (played by Dulquer) plays the Indian cricket captain and Zoya's love interest in the film.

The Zoya Factor is scheduled to release on September 20.