"To fill your monsoons with love, we bring you the ultimate love anthem," wrote Sonam Kapoor 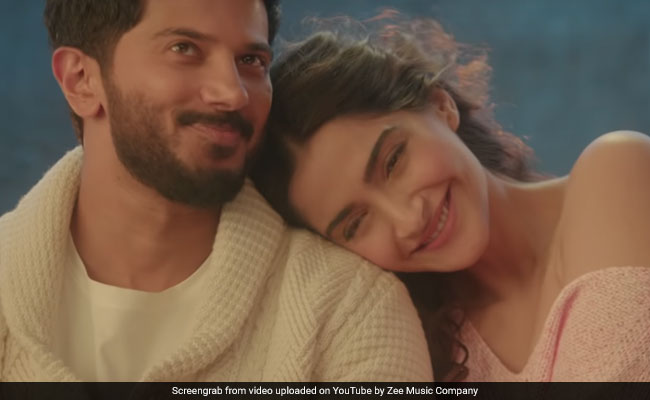 Dulquer Salmaan and Sonam Kapoor in a still from Kaash. (Image courtesy: YouTube)

The second song from the film The Zoya Factor released on Friday and we can assure you that you will be compelled to play it on loop. The song showcases the love story of Zoya Solanki (played by Sonam Kapoor) and Nikhil Khoda (Duklquer Salmaan). The almost two-minute long song shows how Zoya can't help but fall for Nikhil and the couple redefines romance throughout the course of the video. The soothing voice of Arijit Singh and Alyssa Mendonsa take the song to a different level altogether. The soulful lyrics are by Amitabh Bhattacharya. Sonam Kapoor, who plays the titular role in the film The Zoya Factor, shared the song on her Instagram account and she wrote: "To fill your monsoons with love, we bring you the ultimate love anthem!"

Check out the song Kaash here:

Meanwhile, Dulquer shared the song and he wrote on Instagram, "There is nothing more charming than love! Our new song Kaash from the movieThe Zoya Factor gives out the same feels." Take a look at Dulquer's post here:

The trailer of The Zoya Factor released a few days ago and it went insanely viral. The film is based on Anuja Chauhan's novel of the same name and it showcases the unusual love story of an advertising agency executive named Zoya Solanki, who is considered to be the lucky charm for the Indian cricket team and Nikhil Khoda, the Captain of the Indian cricket team.

Other than Sonam and Dulquer, the film also features Angad Bedi, Sonam Kapoor's uncle Sanjay Kapoor and Sikandar Kher in pivotal roles. The film has been directed by Abhishek Sharma and it has been produced by Fox Star Studios. The film is slated to release on September 20 this year.