"Zoya Solanki is winning hearts everywhere with The Zoya Factor, let's see if she can win mine," tweeted Dulquer Salmaan 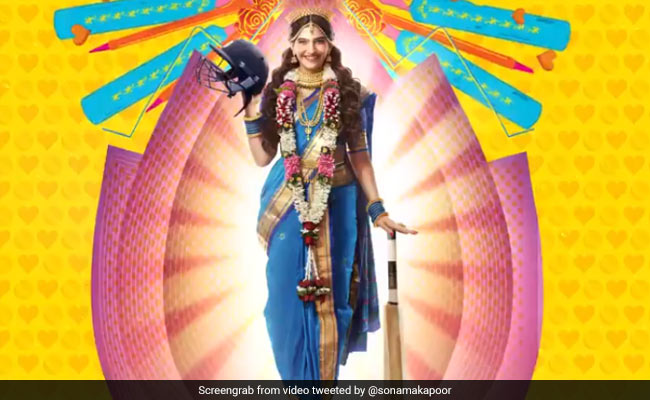 In the motion poster, Sonam Kapoor smiles ear-to-ear as she appears on a pedestal with a helmet in one hand and a cricket bat in another. Sonam's poster resembles the image of Goddess Laxmi in several ways. But did we spot a pair of sneakers there? "India ka lucky charm," reads the motion poster while a peppy song plays along in the teaser.

Who needs Nimbu Mirchi, when you have Zoya Solanki! India's lucky charm is here to turn tables around for you. #TheZoyaFactor@dulQuer#AbhishekSharma@Pooja_Shetty@aartims@foxstarhindi@ad_labsfilmspic.twitter.com/3BPrpBL2CD

Sonam Kapoor and Dulquer Salman are working together for the first time. On Dulquer's birthday this year, Sonam had shared a new glimpse of the fresh onscreen pair as she wished her co-star. The Zoya Factor is based on Anuja Chauhan's bestselling novel of the same name.

Many many happy returns of the day @dqsalmaan! They say the number 28 represents leadership, self-determination and independence! Guess lady luck has always been generous to you! Hope you have a great year ahead!

Directed by Abhishek Sharma, The Zoya Factor is all set to arrive in theatres on September 20. The film also stars Sonam Kapoor's uncle Sanjay Kapoor and Angad Bedi in key roles.