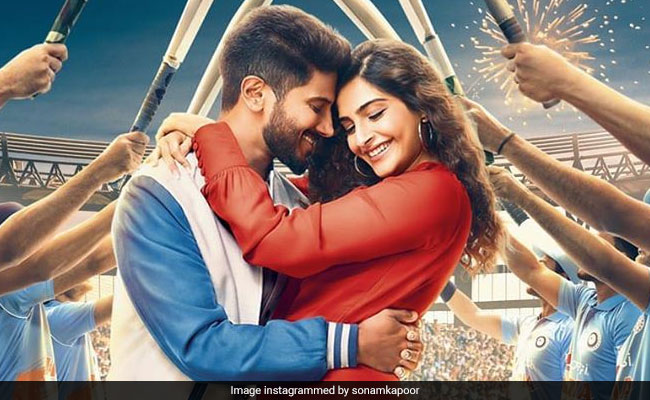 Sonam Kapoor's latest film The Zoya Factor, the trailer of which dropped on the Internet on Thursday, has several LOL moments along with some quirky scenes. Sonam Kapoor plays the eponymous Zoya, whose father - played by the actress' real life uncle Sanjay Kapoor - feels that she is the good luck charm of the Indian cricket team. Why? Because, she was born on the day when India won the historic cricket world cup on June 25, 1983. Zoya grows up believing that she's lucky for Indian cricket but she knows that she has a terrible fate outside the realm of the game. She's hired by Robin Rawal (Angad Bedi), a senior Indian cricket player, as the team's 'lucky charm' after the team fails to get lucky on the pitch for over a year.

Soon, Zoya is deified and worshipped as a goddess in the country which lives and breathes cricket. Dulquer Salmaan plays the captain of the Indian cricket team Nikhil Khoda and though he initially believes in Robin's 'The Zoya Factor' theory, Nikhil is convinced that luck will only take the team so far. Nikhil and Zoya are in love but one failure almost leads to their break up.

Here's the trailer of The Zoya Factor:

The Zoya Factor is based on Anuja Chauhan's bestselling novel of the same name. The Zoya Factoralso stars Sikander Kher, Saurabh Shukla and Pankaj Dher in pivotal roles. The Abhishek Sharma-directed film will open in theatres on September 20.